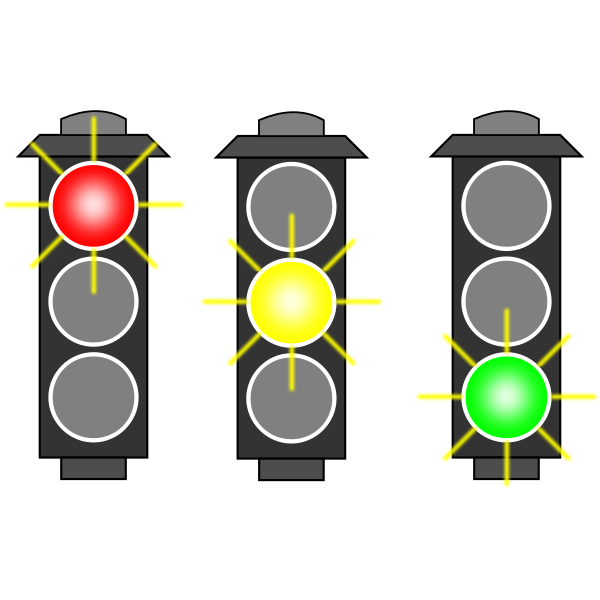 Ah the traffic light. Since the first one was installed in Cleveland Ohio back in 1914, these devices have helped people all over the world know when it is acceptable to move at an intersection without having the risk of crashing our vehicles into one-another. These devices are used all around the world today, and as such they need to be operational for all hours of the day. No machine is perfect, however, and traffic lights breaking or malfunctioning is nothing new. Case-in point, a traffic light just outside this school, between the intersection of Fairgrounds Rd and Point Lookout Rd, one that has made several students late on multiple occasions. I, myself, was once 20 minutes late by that light, and let me tell you my frustration was immeasurable. Now the question I have is, why? Why on earth is that traffic light making us late, and why is it so detrimental to the people on those school buses. I asked Jamie Davis, our school’s resource officer, to see why that light acts up on certain occasions, and what the school does in response to it.

“Every time the light acts up, first things first is that every student that is affected is not marked tardy” Mrs Davis told me, which is very nice of the school, as it can’t really be controlled by the students themselves. As for why the light doesn’t seem to work properly, Mrs Davis does have a theory herself, even if it hasn’t been confirmed. “It seems as if the light itself is much more focused on Point Lookout rather than fairgrounds, as that road is basically the main road for that area. The problem with that is a lot of traffic comes through Fairgrounds road in the morning, obviously due to the school, and as such the light becomes confused.” she told me. A theory that I myself have is that the sensors used to tell if a car is at the light itself may be faulty, as those sensors are what allow the light to change. Either way, the light becomes jammed. “When this happens, we get in contact with the SHA (State Highway Administration), who then has to reset it.” Mrs Davis stated to me that she is unsure whether or not this can be done from their office or if they have to send out people to fix it on site. Either way, the light is then fixed and is back to normal, at least until it breaks AGAIN!

So there you have it folks, that is the school’s traffic light that just wants to make you late. While it is very annoying, I hope that after reading this, you are able to understand what causes it to malfunction, and what the school’s response to it is. One more thing I’d like to add: if the light is acting up again, and you want to avoid fairgrounds road, keep going straight and get to the end of the road, then turn left on route 5, where you’ll end up at the school as well. It may take longer, but it won’t be as long as you wait for that light! So remember, whenever you feel annoyed getting to school a few minutes late because of something out of your control, just tell yourself that there is hope!