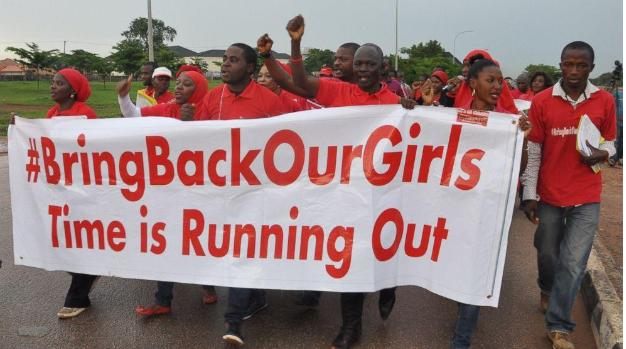 6 months ago during the night of the 14th April, more than 200 Nigerian girls aged 12 to 17 were kidnapped during their sleep at the Government Girls Secondary School in Chibok by the Islamic armed group Boko Haram (which literally mean “Western education is sinful”) who want to “offer” the girls in wedding to the members of the groups or sell them as slaves.

Boko Haram has attacked a lot of different targets to establish an Islamic state in the north of Nigeria. Boko Haram-related violence has killed more than 4000 people. Dozens of male students have been murdered in attacks on their schools in the past year. In September 2013, nearly 50 students were killed when Boko Haram gunmen open fire in the dormitories of the College of Agriculture in northeastern Yobe state. Just like the girls in the Chibok School, Boko Haram has also targeted boys in mass abductions. The militants are believed to force the children to fight or do chores in the camps. Watch list reports that in addition to abducting boys, the militants sometimes pressure them to join by threatening to hurt their families if they don’t. They’re intimidating the girls, making them believe that if anyone tried to escape, they will kill them according to the interview of Hadiza Bala Usman on 7.30.

The Nigerian government has been heavily criticized for failing to protect the population and end Boko Haram terrorist actions. President Goodluck Jonathan and his security forces have failed to communicate a plan or even convince the families of the girls that they are doing all that they can to get the girls released. The U.S., France, Britain, China and Israel have said they will help them to free the girls and fight Boko Haram.

According to the local police, 53 girls had escaped from the groups. Some of the girls escaped after the 11th day had confirmed that all of them were together in the camp for the first 11 days. After that they have been separate in different units and taking to different places. There is no confirmed or verified information as to exactly where they are now, and what status they are. Some of them may have died from snake bite and 20 of them may be sick (it’s not confirmed or verifiable). Local police in Nigeria announced Thursday 25 September that one of the girls kidnapped had been released this week. Her return was one of the first hopeful news in more than five months.

The #BringBackOurGirls movement, first created by the families of the girls, spread rapidly all over the world and touch everyone (singers, actors, NGOs, politicians, anonym). Hadiza Bala Usman and Obiageli Ezekwesili are the coordinator of the movement “Bring Back Our Girls”. They have organized a series of manifestation calling for the government and the military to do more to free the girls. The legal representative of the group, Femi Falana, said that the group is ready to cooperate with the police. A lot of different petitions have also been created online, to show your support to the girls and their families. Malala Yousafzai, an education activist from Pakistan, have created a petition to support the girls and show the world that they are “stronger than the one who refused girl’s education”.

According to CNN, the nigerian government have called for a ceasefire which has been broken.This casts doubts on Nigeria’s claims that girls kidnapped in April would be released. In fact, at least 60 young women and girls from northeast Nigeria have been kidnapped by Boko Haram the past few days . When asked for his perspective about the local government action to free the girls, Mr. Denny, global diplomacy teacher said “I think that there is a real problem in Nigeria with Boko Haram who start attacking since 2009. The government is extremely corrupt and haven’t done what is necessary to free the girls. I think that regular soldier are afraid of extremist organisation such as Boko Haram or Isis. The girls should have been protect before the attack because it’s not the first attack made by Boko Haram, accorded to my sources, since 2009, 5000 persons have died because of them. The government and the military should have act immediately but because of the government corruption the military is less stronger. The Bring Back Our Girls movement helped to act for free the girls because it put pressure on the government. The Nigeria is under the state of emergency since May 2013 and the girls have been transported without being arrested by any military. The military is not like it should be because of the government corruption. “ In regards to the girls’ potential release and future, Mr. Denny says, “The talk has broken down and maybe that Boko Haram get rid of the girls because they need to feed them, to take care of them. But Boko Haram abducted more women and girls the past few days which is not a positive information. The military should have acted sooner.”