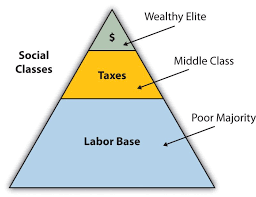 The way people see the society is truly based on how they were raised and how the examples around them influence them. There are many examples of people in this world that influence the young minds of America. What those people say whether it is a reporter or an artist can change the lives of those young people because they look up to them. Those famous figures can alter the perspectives the young people have of the world. Honestly it should not be that way because people should believe in what they believe, not what others believe because they are famous. Famous artists, reporters and other things of that nature can influence how some people view the society.

Artists play a big role in how people view the society today. That is because song artists are so high up on the pedestal that what they say is what is right to their fans. An artist could say anything and that artist’s fans would agree with them. It could be anything about the president or just about anything in general. If the fans love that song artist enough they might even start dressing like them. A good example of an artist that can change the way people view society is Eminem. He is just so popular and has been around long enough that some people believe everything that he says. What Eminem writes about in his rap songs also influence how people view the world. An artist and his lyrics can have a large impact on how people view the society in today’s world.

Another example of a person that can change how the society is viewed is a reporter. Honestly a reporter is one of the biggest influencers when it come to viewing the society. Especially a political reporter, they really get after it. It is kind of a reporters job to try and convince you how they think you should view that certain subject or what side you should be on for that topic. Stephen A. Smith is a reporter in the sports world and he loves to get his point across. He tries real hard to make you think he is always right. He has a debate almost every day with his counterpart and he is extremely confident in his views. Stephen A. Smith also has his own radio show. Many people watch the shows that he is on and that could affect how those people think about those particular things. A reporter can make people view the society a certain way based on what that reporter says or believes.

There are many ways that influence how people view the society. But there are multiple role models or famous figures that can affect the way people actually view the society. Those famous people put out a message through their work or just saying things and that can really make people think the way they think or want them to think. It should not be that way because people should view the society based on their own thoughts. They should believe in what they believe in not based on what others believe. It is sad that many people in this world think that way. But some people do believe what those famous people believe in just because they are famous and look up to them. Role models or famous people like artists and reporters can influence how some people view the society in this world.