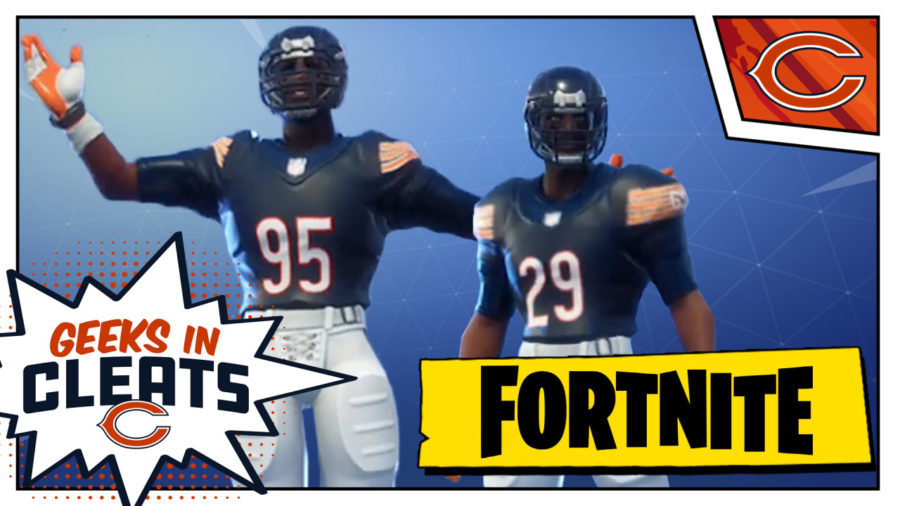 Did you know that, according to the Sunday Express, 40 million people play Fortnite? That is equal to 12% of the population in the US. Similarly, The Washington Post estimated that around 59.3 million people play Fantasy Football. That’s equivalent to about 18% of the US population. But why are these games so popular?

I haven’t played either of these games, but I know lots of people who do. My dad and I watch football together when no one else is using the TV and he tells me which players he has on his Fantasy Football team in that specific game. Fortnite is a popular subject to be discussed very loudly in the high school hallways and the dances are all over social media. After hearing so much about them, I wanted to find out why these games were so popular. After a bit of research, this is what I found.

Let’s start with our favorite fantasy. I mean football, of course. This is a game that uses a prerequisite love of the sport to get its customers. But it keeps those customers hooked all on its own. Two of the game’s most appealing aspects are the sense of control given to the player and the way the game caters to short attention spans.

In general, many men -and some women- enjoy watching football on the weekends. They cheer for their home team and keep tabs on their rivals. But they often feel helpless and unable to control the outcome of the match. Fantasy Football uses that devotion to the game, then gives the watchers that sense of control that they’re lacking. Fantasy Football lets them create their own teams out of the players on the field and they get a score from the “points” that their players score based in yards run, yards thrown, and touchdowns scored. From this control also comes the sense of achievement when they beat whatever “team” they were playing that week. From that pride and control also comes the exhilaration of competition, which is further appealing.

The second benefit of the game is the fact that it is easy to keep up with with little special commitment. The app-users play one game per week during football season. This appeals to our very short attention spans. More than that, the game appeals to people’s laziness. The players don’t have to watch the football games that their team’s players are in to get their points. They can just sit back and watch their players rack up points.

Now to the game that has become a sensation faster and more widespread than anyone expected: Fortnite. Fortnite came out in July of 2017, launching  quickly into the public eye and becoming very popular. One almost certain reason for this popularity is the fact that, unlike other very similar games, Fortnite is free, easy to use, and readily available. The game’s Battle Royale setting is very similar in concept to a game called PUBG, but PUBG cost money to play while Fortnite’s Battle Royale is free.

Another aspect of the game that adds interest is the building feature. Without the building feature, Fortnite’s Battle Royale would be just another shooting game for mothers to be worried about their young boys playing, but adding this unique ability to the game sets Fortnite slightly apart from its competitors.

The final appeal of this game is the lack of commitment. There are no time restraints set by any storyline. Players can log into the game whenever they want and wherever they want (thanks to its new portable version).