Technology: Then vs. Now 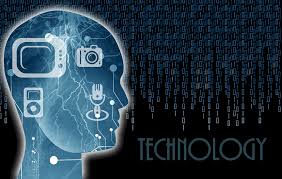 As we keep moving forward technology keeps changing and changing and getting bigger and better! Some of us humans in this generation have become very connected and dependent on the internet and phone. Technology basically runs our life from phones, computers, even tablets. Back many generations ago, many people had to write letters and send them they didn’t have computers instead they had typewriters. I don’t think some people understand that they didn’t have as much as we do. As you dig deeper in this story you’ll find out more and more.

Let’s start off with talking about cell phones back then they didn’t really call them cell phones they called them telephones and it didn’t have that many uses basically the only thing you could do was call. You couldn’t text, play games, email, or even facetime. Phones have changed and changed over time from how we communicate and how much were connected with these phones more than anything else in this world. And over the years kids and adults have gotten addicted they use them in school and are always constantly on them in their free time. Before cell phones many people weren’t as addicted because the phones didn’t have much.

Now with tv’s, they are very popular now but back in the 1900s the television was called the sight machine, the colors were black and white, they also had speakers built into them. It definitely wasn’t flat screen it had a small screen with a wooden casing. Now we have tv brands like panasonic, sony, rca, and many others. These innovations have changed our entire aspect of television, and the models of them are beginning to get thinner and the screens are getting larger. Now we even have a wider selection of channels. They have also made accessories like high def speakers and different settings to get a more clear picture and better color.

So, over the course of years technology has revolutionized our world in many ways from being able to have internet to look up things, being able to have a phone and text and call when needed, having the ability to watch tv on a tv with color and with loud speakers. Without these things there’s a lot of things we wouldn’t be able to do many things we’d still be struggling with and having to find alternatives. Technology has influenced our world and we couldn’t be more happy with it!