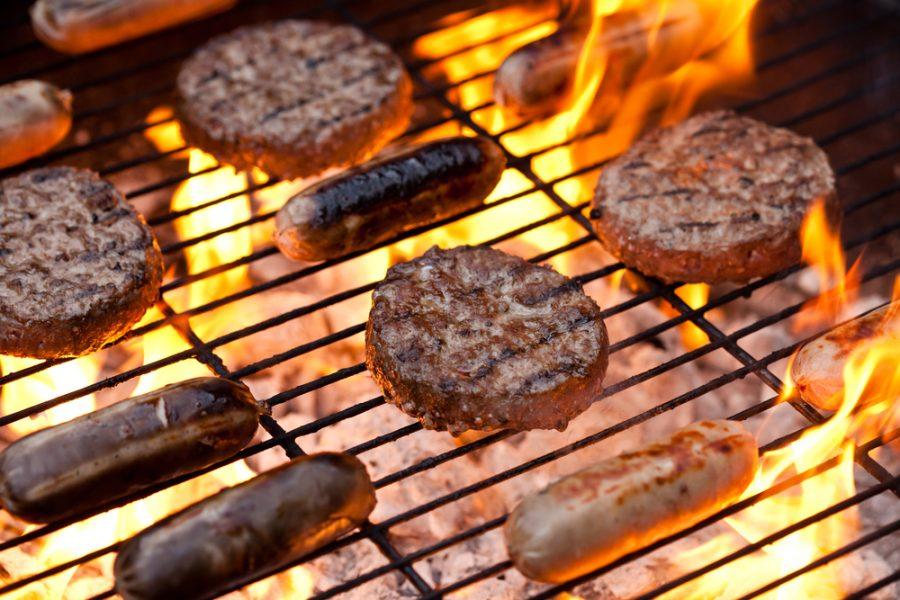 If you have ever craved a burger or hot dog or juicy hunk of meat, look no further than the LHS BBQ club. Run by four grillmasters (Max Mussomele, Lance Schuyler, Ben Robinson, and Ethan Aus), BBQ Club knows how to start the pre-sporting event festivities. They cook up burgers, hot dogs, the occasional pulled pork and chicken, and the menu is still expanding. Admission to the club requires a $20 donation. You will then receive a free BBQ club T-Shirt, but if you don’t feel like supporting our wounded vets, you can still come to our tailgates and eat. All our proceeds go to Semper Fi Fund, with the exception of funding materials. BBQ Club holds meat-ings every friday in Mr. Breslin’s for A-lunch.

But the Club has not been without controversy, the slogan controversy. But, lucky for me, I stumbled on a shirt at the mall. The shirt an unknown brand on the wrong size rack, in the wrong store but the words were priceless. The shirt read simply “I turn grills on,” the spark for potential slogan, “we turn on grills on.” The club is currently deciding between, “we turn grills on” and “meat in your mouth, happiness in your soul.” There has also been a missing grill problem. The BBQ Club lost its grill during the first tailgate this year. Lucky, my father had a spare gas grill to support, what became, one of the largest recorded tailgates in club history.

After the crisis, it was clear that a new grill was necessary and fast to accommodate the increasing number of participants. Thankfully, grillmaster Ben’s dad is donating a brand new gas grill. Burgers can now be sold faster and in larger quantities.

It has been a wild ride but come be a true Leonardtown Raider and support your LHS BBQ Club. Remember, meat in your mouth, happiness in your soul.