Who Are Leonardtown Seniors Voting For? 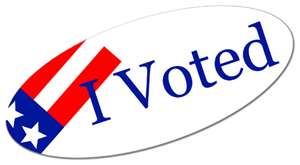 The presidential election of 2012 is quickly approaching. Barack Obama will face off against whoever becomes the Republican nominee, and many seniors at Leonardtown will be able to vote in the election. Many students are starkly Republican or Democrat, but others may have a hard time choosing between Obama and the Republican candidate, depending on who that is.

The Republicans running for the nomination are by no means unified. They are all, in fact, quite different. Those at the top of the Republican rave range from moderates to libertarians to evangelicals, with Obama standing out from the pack. So… who are Leonardtown seniors going to vote for?

Aaron Buckler said without trepidation that he was planning on voting Barack Obama back into office. When asked why young people should give him a second chance, he answered, “Obama has proven that he can get the job done when people work with him, but there has been so much partisanship on the part of the Republican party that nothing is getting done.”

Britt Brooks disagrees. When asked who she would vote for, she replied, “Not Obama. Probably Mitt Romney. Obama hasn’t done anything; he’s just put us more in debt.” Many have taken this position, calling for a new president because Barack Obama has, in their eyes, not delivered the change that he promised.

Connor Downes said, “In the general election I’m kind of stuck voting for Obama. I would like another Democratic candidate to vote for because I feel like Obama compromises too much; he bends to the Republicans. There are no other Democrats to vote for, but I don’t like any of the Republicans either. So, Obama.” Many people, young and old, feel the same way. They aren’t happy with what Barack Obama has done, but they also don’t like any of the Republican candidates, so they plan on voting Obama back into office.

When asked who she thought she would be voting for, Amanda Durst said, “Well, it depends on who the Republican candidate is, but even then I’ll probably still vote for Obama. He’s done a good job in office so far, and I think he should get the opportunity to finish what he started. I don’t really agree with any of the Republican candidates, anyway.” This position is common, too. Many believe that Obama hasn’t had the chance to bring the change he’s promised, because you can’t expect to fix problems in four years that have taken longer than four years to create.

There are also some people who don’t know yet! Loren Day says that she doesn’t know who she’s going to vote for. “I’ve been watching the news and checking the polls, seeing who wins each caucus, but I’ve got a lot of time before I finally decide.”

It looks like we’ve got a lot of diversity in our voting seniors. When the elections roll around, it will be interesting to see who will be the Republican candidate, and eventually, who will win it all!