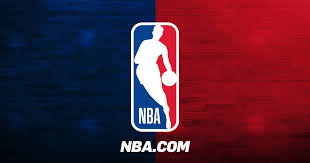 On December 3rd, the Toronto Raptors played against the Denver Nuggets, in a east vs west battle. The Nuggets won a very exciting game that went down to the wire. The leading scorers for Toronto were Kawhi Leonard with 27 points, and Serge Ibaka with 15 points. For the Nuggets Nikola Jokic had a triple double with 23 points, 15 assists, and 11 rebounds while Jamal Murray dropped 21 points. The final score was Nuggets 106 Raptors 103. Around the rest of the league, the Thunder beat the Pistons 110-83, Steven Adams paved the way for the Thunder by scoring 21 points. The Warriors beat the Hawks 128-111, Cleveland beat Brooklyn 99-97, the Wizards beat the Knicks 110-107, the Timberwolves beat the struggling Houston Rockets 103-91, and for the last game of the night Los Angeles Clippers defeated the New Orleans Pelicans 129 to 127.