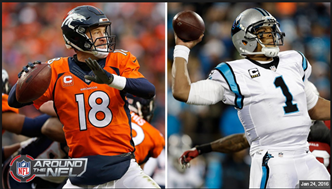 Due to Carolina’s extraordinary record coming into the game, winning 17 games and losing just one, many people were expecting them to come out on top.

In the days leading up to the Super Bowl, the Carolina Panthers were prepared to face the Denver Broncos, and the odds were in their favor. With Cam Newton as Carolina’s quarterback and Ron Rivera as the head coach, the whole team thought they were ready, but it wasn’t easy competition. Manning, one of the leading quarterbacks in the NFL, has made it  to the Super Bowl four times. Manning and the Broncos were voted as the underdogs in the game against the Patriots, but they overcame them, exactly like they did in the Super Bowl. All of the predictions, odds, and opinions on who would take home the big win didn’t phase the Broncos. Many people bet their money on the Panthers, and the statistics showed them coming out on top. But the Broncos came out, played hard and left it all on the field. Although it was a close and interesting game, the Carolina Panthers took a tough loss with a score of 10-24. After the game the Panthers promised they would be back next season to work even harder.