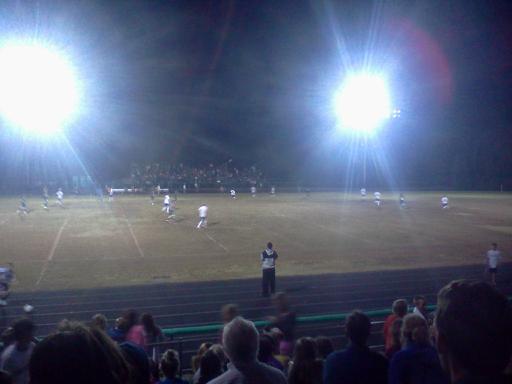 The long rivalry between Great Mills and Leonardtown soccer was at it’s finest on Tuesday the 18th. Leonardtown won the game, winning the boot back from Great Mills, who had it last year. Each year the soccer team has a trophy boot that is passed back and forth if the other team wins; last year Great Mills won, winning the trophy. This year our guys won it back. The final score was 1-0. The goal was from a set piece, senior Jon Milan kicked and senior Caleb Crispell headed the ball into the goal. 20 minutes later, the final whistle was blown and the crowd began yelling “I believe that we just won!” It was a great game, tensions and expectations were high. And in the end the guys pushed through to win the boot!