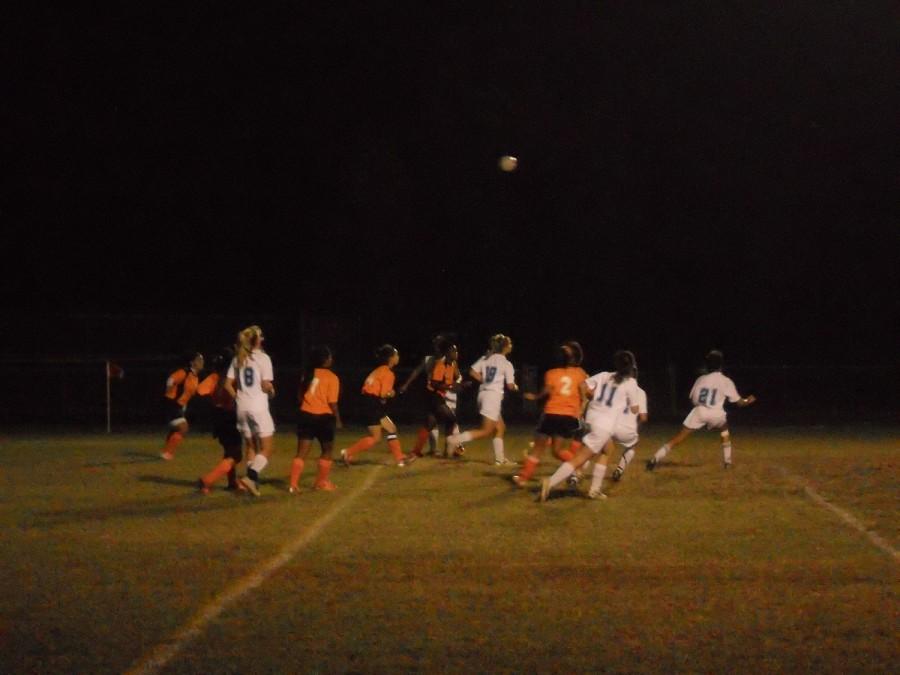 On Friday night, the Lady Raiders beat Westlake in an emotional game. This was the seniors’ final home game of the season (and of their high school careers!), so it was dedicated to them. “Senior Night” began with a touching ceremony honoring the ten seniors on the team—Sydney Dishman, Erin Kelly, Lauren Snyder, Cameron Errington, Olivia Carlson, Ashley Lytle, Michelle Lower, Hayley Wilson, Jennifer Burch, and Emily Buster—as well as their parents. The first goal of the game was scored by Jennifer Burch who, almost twenty minutes later, was injured and out for the rest of the night. The eighth and final goal was scored by Cierra Fenwick. The final score was 8—1. Junior Sabrina Paz says of the win, “I’m so happy that we won this game! It’s a really great way for the seniors to leave the Leonardtown soccer program.” The season isn’t over yet, but this win brings the team’s record to 9—1.