Love, Stardom, Drinks, and Other Drugs: Lend Me a Tenor

Lend Me a Tenor: Or, when “knock ‘em dead” becomes a little too literal and the hijinks to keep up appearances leaves the audience in stiches. Acclaimed to be “one of the two great farces by a living writer,” the eccentric comedy is by far one of playwright Ken Ludwig’s most accredited and frequently produced, with good reason. Leonardtown’s ROSE players don’t disappoint, taking the best of the Broadway hit and breathing a new life and hilarity with every passing scene in each performance. 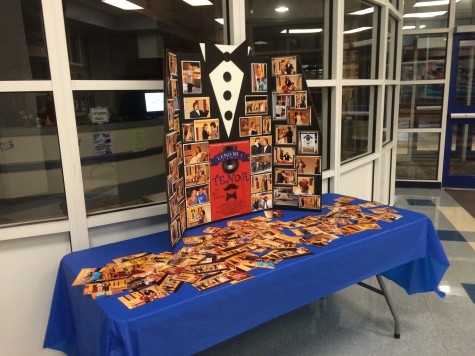 Set in the fall of 1934, the bulk of the plot plays out within the confines of a Cleveland hotel suite. Tito Morelli (Eric Stoneman)- “Il Stupendo”, the heartthrob Italian superstar of international fame- is set to perform Othello at the Cleveland Grand Opera for the company’s annual fundraiser. Company head Mr. Saunders (Alex Shellhammer) needs this performance more than he lets on, for the sake of keeping his career and the troupe, and places his assistant, Max (Jake Dodges) in charge of keeping the opera luminary out of the usual trouble- meaning no women and no drinks. Of course, in the nature of every uproarious show, this goes entirely awry; Tito’s fiery wife Maria (Anna Williams) leaves him with a “Dear John,” her husband feeling hopeless and inconsolable in the fallout. In an effort to ease his heartache, Max slips a handful of sleeping pills to the singer’s drink- after Morelli himself has already downed twice his prescribed dose. The effect leaves a supposed-dead star in the hotel bed, and a manager left with a crowd of over 5,000 waiting for an “ill-disposed” lead. Thus, Saunders and Max are left with few options and a last-minute ruse: throw Max into the role. With the ambiguous costume for the part and no one really knowing just what the opera star looks like, the harebrained and desperate scheme concocted is one that’s just absurd enough to work, so it seems. Easy enough, eh? The ensuing shenanigans to keep the fact hidden from the infatuated Maggie (Abby Tucker), “ambitious” Diana (Tia LePore), eager bellhop (Aaron Hines), and exacting head of board Julia (Catherine Cognard-Black) leave the show to unfold with comedic consequences and uproarious laughs throughout.

Putting on Noises Off last year was what inspired the idea of Tenor this year, according to Mr. Barbato, the technical director for the production. Both are farces- comic dramas that employ the use of frequent vaudeville/slapstick types of humor- and “the physicality and comedic timing” of the style instantly pointed he and co-director Mr. Tusing towards Ludwig’s show. The effort of the last-minute wrap up to pull a show together is always tough, but it was the timing that was especially difficult for this play. On top of having to construct and preserve the set while sharing the stage with other groups who use it, the amount of activities scheduled for the auditorium forced the show to be pushed up on the calendar, cutting rehearsal time short by a near two weeks. With the caliber of the performance, however, the fact would’ve never been guessed by the audience- all delivered their lines with a confidence and charisma that gave the impression they’d been prepared for months.

In terms of developing the characters, the actors are given a considerably synergetic opportunity to make it their own. “[We] start out  by discussing general ideas for the show, design concepts, and a rough vision for what would make this production of the play ‘our own’,” Mr. Barbato expressed. “As we started rehearsal, we gave each actor some guidance on who their character should be, but then asked them to begin to develop their own nuanced personality… The end result is a truly collaborative production that the students can be really proud of, having created much of it themselves in cooperation with each other and their directors.”

Indeed, the actors involved made the most of the characters they were given, slipping into the roles with ease and giving them an energy that’s all their own. Abby Tucker, in her first main stage production, gives Maggie the perfect blend of sweet and saucy to create an endearing role in her own right, while Jake Dodges’ jocose expressions and dexterous physical comedy throughout present a wonderfully, ever-so-slightly awkward Max, who comes into his own as the story unfolds. Eric Stoneman and Anna Williams bring both the passion and laughs in their scenes as Mr. and Mrs. Morelli, following up screams of “SHUT UP” with fervent kisses that show the tumultuous, albeit loving relationship pushed to its brink. Alex Shellhammer, as Saunders, plays the part with a comically quick temper in hopelessly trying to assure the schedule goes over without a hitch while his contemporary in Julia allows Cognard-Black to shine (quite literally- that dress sparkled from head to toe) with an air of affected grace each time she took to the stage. Tia LePore gave the audience a vibrancy in brash and sultry Diana’s “flinging” her way to the top, and Aaron Hines proved to give an infallible comic relief to any scene he was thrown into as the pushy hotel bellhop itching for just a single glimpse or word with the great Il Stupendo.

Of course, a show would be lost without the preparation or behind-the-scenes work to tie it all together, and Tenor surely shines here as well. The dual-room stage is made the most of in the mirrored scenes that are rampant across the two-act production- complete with the 6 doors necessary for the bursting and slamming and dashing through them across the plot- and the set design looks straight out of a sophisticated dirty ‘thirties hotel room. The light and sound crew are sure to incorporate subtle touches that add highlights just where they’re needed, and the costumes and makeup came together on all actors to create the fine finishing details on the whole of the production.

Despite being a play now 30-plus years old, the production comes off as fresh and as funny as its first performances, and Leonardtown High’s cast exemplifies this to the utmost in their performance.

“Theatre,” Mr. Barbato explained, “can do so many things for a society. It can explore topics of social and political importance, sparking dialogue and discussion, prompting thoughtful and meaningful analysis. It can push boundaries and raise awareness. It can strike a chord with us that provides an opportunity for cathartic reflection. But just as important, theatre can entertain. And sometimes that is exactly what we need- that escape from reality and a release from the stresses of our daily lives.”

I don’t think I could have put it any better myself. Without a doubt, Leonardtown’s ROSE players achieve yet another hit this year with Lend Me a Tenor– providing audience members with that freedom from their lives to lose themselves for a couple hours in the whim and wit of this farce, and leaving us in an eager wait until their next production.