The NBA is Rigged 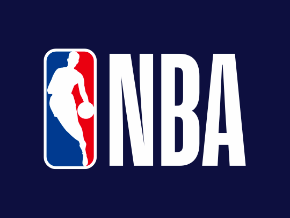 “The NBA is rigged”, it seems like a commonly used phrase during the NBA season and even more in the playoffs.  Everyone has their opinions about how the league could be rigged or fixed towards one team or player. I am here to tell you mine.

The NBA cares more about making money and increasing their viewing ratings than it does the players that compete in their league.  With more viewing, comes more money, so the league makes sure the big games of the night with the stars of the league are on primetime television, and they even sometimes make sure the game stays close so people continue to watch. Then, they can make sure the favored team wins in the end to keep viewers happy and wanting to tune in for more games.

How do they make sure of all of these things within the games?  The guys with the whistles are huge contributors, yes the referees help a lot.  It is very rare in today’s NBA when you find a possession that does not include a foul or the blow of a whistle.  The NBA makes sure its best players get the calls they need, they are referred to as “Superstar Calls”. It is extremely hard to guard players like Lebron James, Russell Westbrook, or James Harden on defense without being called for a foul, those guys are great at drawing fouls even if there is no foul on the play, they will most likely get a call.  Sometimes the foul won’t be called until the player makes or misses the shot, if he misses it, he got fouled, if he makes it, the refs decide if they should let it play or give him a free throw with the basket. Sometimes calls are made based on the momentum within the game. If one team is going on a scoring run and everything is going their way, the refs will help and give them calls that keep the momentum going such as “And-1” fouls on offense and offensive fouls on the other team such as charges or illegal screens.

I recently saw a tweet from an NBA enthusiast that read “Bad officiating takes away from great basketball and creates conspiracy theories.  That all sucks.” They don’t just create these theories, they further support them. These referees are professionals, why are they so bad at their jobs? They aren’t bad, but they have to listen to the people that employed them, the NBA, if they want to keep their jobs.  It really does suck for everyone when everything is twisted like this.

The NBA really is fun to watch sometimes though and I give all of the credit in the world to the guys that make it there and perform well, but it just isn’t fair to all of the players, teams, and fans.  If the NBA cared about the people within their league rather than its fans and money and viewers ratings, then I guarantee you would see some things change. Hopefully the era of “Super-teams”, bad refs, and lack of competition comes to an end soon and we can all enjoy basketball again like we used to be able to.