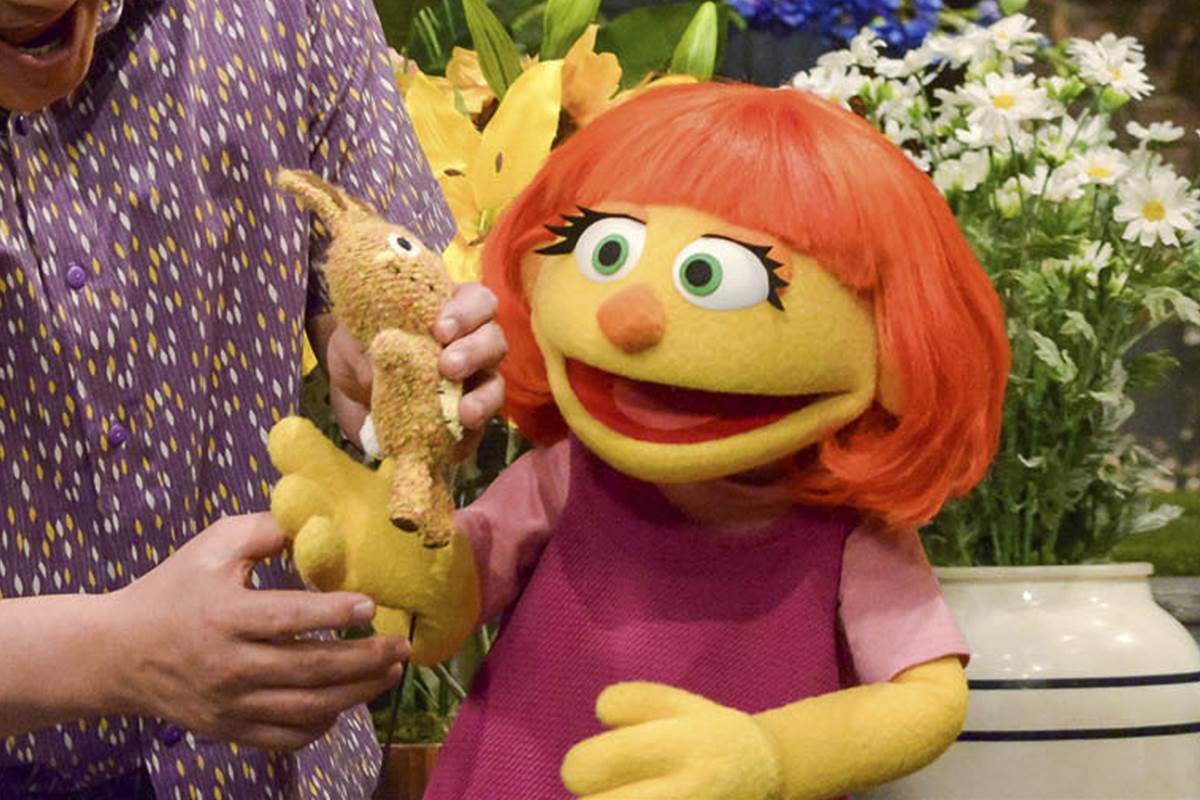 Memories of curling up on the couch with my sister, singing along with the puppets, and learning new things flood my mind when I read the headline: “Julia, A Muppet with Autism, Joins the Cast of ‘Sesame Street.’”

Of course, I immediately loved her from the beginning. Sharing a name can do that. Julia is the first new character on ‘Sesame Street’ in a decade. She is four years old, has red hair and green eyes, loves to pick flowers, is a wonderful artist, and has autism. She often repeats what she hears, and has a bit of trouble paying attention when the other characters talk to her. Julia first appeared on Sesame Street’s online and printed workshop, “See Amazing in All Children,” last year.

The workshop was created to “help increase understanding, reduce stigma, and demonstrate the commonalities that children with Autism share with all children,” according to the Sesame Street website. The goal is to teach children and their parents about autism, as well as show them that they are amazing. Sherrie Westin, an executive vice president at Sesame Workshop said, “One of my favorite stories is a mother who said that she used the book to explain to her child that she had autism like Julia and…at the end her daughter said, ‘So I’m amazing too, right?’” 1 in 68 children are diagnosed with autism in America, and the number is growing every year, according to Sesame Street Workshop.

Stacy Gordon, the puppeteer who plays Julia, has a personal relationship with autism. Her son is autistic, and she says, “Man, I really wish that kids in my son’s class had grown up with a Sesame Street that had modeling [of] the behavior of inclusion of characters with autism.” Georgetown University is conducting a study to see the effects of Sesame Street’s autism materials on 1,000 families. Preliminary findings show that families with autistic children feel more comfortable introducing them to community activities, and families who don’t have autistic children are more accepting of children on the spectrum, according to NPR.

What’s more is that Sesame Street has introduced the ebook, “We’re Amazing, 1, 2, 3!” on Amazon Kindle, Amazon Fire Kids Edition tablet, and Apple iBooksmore to further bridge the gap between autistic children and those who aren’t on the spectrum. The cause is extensive. There is a free Sesame Street and Autism app available in the Amazon Appstore. Amazon has donated 100 Fire Kids Edition tablets to schools and programs with autistic children. A Julia “Walkaround Muppet” costumed character is available for community events, and a “Meet Julia” view and do guide with activities has been released as well.

Autism is a growing diagnosis in America. More kids are being diagnosed with autism every year, and everyone is affected. Little is widely known about how to interact with children with autism, and Sesame Street is doing all it can to make sure that these children get the care they need.

Julia reminds us that we are all amazing, even when we are a bit different than other people. Children are especially receptive to this lesson when they’re young, and seeing a character on a show they love, with whom they can identify, is extremely important. Now they will grow up to be more accepting of themselves, as well as other people. Julia is a huge step towards the reduction of bigotry involved in every diagnoses that marks someone as something other than “normal.” Sesame Street has always been a leading force when it comes to learning, and Julia is no different.