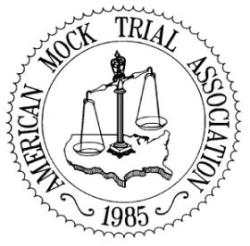 For introverts, getting up in front of a thousand (okay maybe ten) people is more like a nightmare than an extracurricular activity. But, for extroverts, it is a necessity. It is their sworn duty to argue a point to the death. Or to the conviction.

Leonardtown High School’s Mock Trial team consists of this very breed of person who loves to prove he or she is right. They spend hundreds of hours preparing their side of the case, and drilling it into their memories. Think memorizing a speech is hard? Try memorizing an interactive speech in which people interrupt you and don’t follow the script. Whether you’re an attorney or a witness, there is a lot that goes into the final production of this performance.

Senior Jenny Walls, an attorney on this year’s team, explains “I joined the mock trial team because in my tenth grade year my government teacher, Mrs. Harding, did a mock trial activity. I wanted to learn more about it, and then I found out our school has a mock trial team and I’ve been doing it for the last two years. When you’re standing up there in front of an actual judge doing your thing, it’s invigorating. You’re nervous, but it’s an excited nervous.”

Mock Trial involves a lot of work. “The season starts at the beginning of the school year. That’s when the interest meetings start for new and previous members. Then there’s usually two or three more meetings for newer members who want to learn more about writing statements and what’s expected of them if they get on the team. Then tryouts start. Attorneys usually have to prepare a statement, five cross examination questions, and five direct questions for a previous year’s case. And witnesses have to choose a witness and know their affidavit. Then, after tryouts, Mrs. Harding and the attorney coach, Kat McClernan, pick the team. The attorney coach is the team’s greatest resource for information on decorum, rules, and editing. Once the team is chosen, Mrs. Harding goes into more depth as to how to make objections, write statements, question witnesses, etc. But nothing can really happen until the Maryland Bar Association mails the case booklets. The case booklets have rules, witness statements, background information, legal documents, and anything else necessary to court operations. Then, they parcel out roles. There are three attorneys and three witnesses for each side. Then the group works on the case in and outside of meetings-running questions with witnesses, memorizing statements. Near winter break, they begin doing the case start to finish as if it was the real thing. Then in late January or February we have our first competition. The cases are scored by points and they get graded on each person’s individual performance. After the trial, the judge announces a guilty or not-guilty verdict and selects a best attorney for each team. Wow. That’s a lot of work, and time commitment involved.

But, Jenny affirms that it’s extremely gratifying to win a case and have all the hard work finally pay off. She says her favorite thing about Mock Trial is, “even though everyone does their own individual work, we are still a team, and we all look out for each other in the trial, and help each other out when we’re struggling a little.”

Perhaps you’re still on the fence about whether or not you should join Mock Trial. What can it do for you? It can beef up your resume. If you’re looking to do pre-law in college, and eventually go to law school, Mock Trial is a huge asset. It is also a confidence-builder; one must has to perform in front of many people. To that end, you also improve your acting skills; a lawyer must be persuasive and trustworthy in front of a judge. One can learn more about the law and how to build an argument to prove your point. It’s also a great way to meet new people with the similar interests.

Mock Trial meets every Wednesday during the school year, but members are still responsible for working outside of meetings. Contact Mrs. Harding in room F15 for more information about this club.