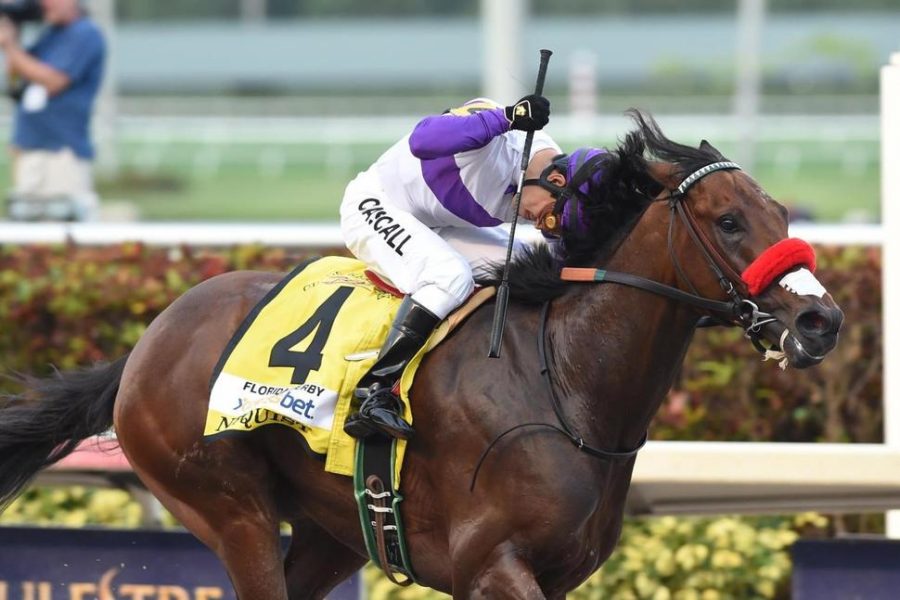 The annual Kentucky Derby took place this past weekend on May 7, just a year after Pharoah won the American Triple Crown and made history. This year, Nyquist, a thoroughbred and winner of the 2016 Derby, stole the spotlight.

Nyquist beat out 19 other competitors during the course of the mile and a quarter race. The colt crossed the finish line with just a full body length in front of Exaggerator. Jockey Mario Gutierrez won with a very steady run, never giving Danzing Candy much space ahead of the pack. Nyquist stayed very close to Gutierrez who never fell any further back than third place. In the final stretch, Nyquist pulled to the front and barely won first place.

The Win of Nyquist wasn’t very much of a surprise. The colt was pulling 2-1 odds, clearly one of the favored horses. Nyquist is owned and trained by the winner of the 2012 Kentucky Derby team, so going into this year’s race Nyquist’s team had high hopes. Nyquist had a perfect source of  7 for 7 in his earlier races, now trading that in for 8 for 8.

With the excitement of the derby, comes the sadness of the loss of one of the most beloved horses to ever race: Barbaro.This year is the tenth anniversary of his death. Before the colt was injured at preakness, he was on a six race winning streak. Ultimately this injury is what led to his death. When taking off from the gates at preakness the colt broke his back right leg. He was rushed to the University of Pennsylvania’s rural Kennett Square campus, where he had surgery. Later he developed laminitis,a very painful hoof condition. Then he underwent many more surgeries to help repair this but the condition was soon found in his two front hoofs. At this point, the decision came in that Barbaro should be euthanised.

Barbaro’s ashes were buried at Churchill Downs, the site of the colt’s biggest victory. A bronze statue of Barbaro was built right on top of where he was buried. Although it has been ten since his death, barbaro’s memory is still holding strong in our hearts and his trainer, Roy Jackson said. “The bitterness of losing him lessens over time,but I’ve got a picture of Barbaro on my office wall and a painting of him at home. I certainly do still think about him.”