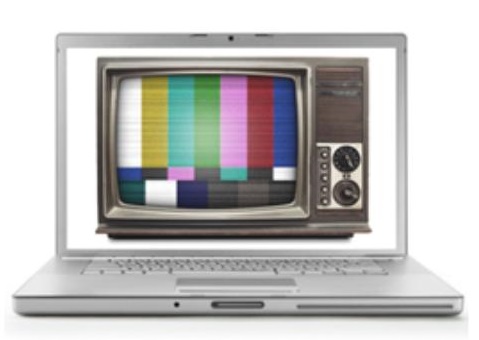 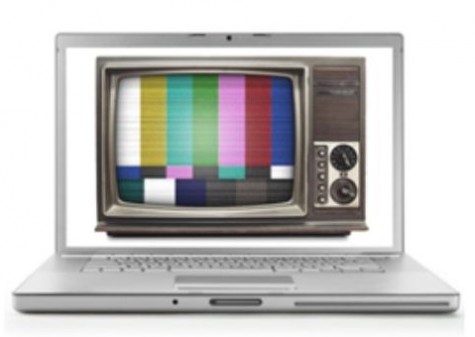 With the new year comes new chances, the opportunity to turn around and do or become whatever you want to be, a full 366 days (thank you, Leap Year) to make the best of. Okay, but now to the real significant part of the first month or so of the year: the new premieres and winter returns of all the best and brightest in the way of television shows! True that the days may be shorter and the cold detaining you to the house, but that’s really just the prime opportunity to cozy up with a blanket and your favorite snack to tune into the release of that series you’ve been itching to check out since they started airing previews two months ago. It’s no question that we all have our “shows”: those which we schedule around to watch devoutly, and whose plot, premise, and characters have become so familiar to us that we probably know its history better than some of that which we sit through actual history class to learn. The modern change taking place across the globe is not what or why we watch, but rather how- and increasingly, the answer is revealing itself to be away from the television entirely.

Despite the ever-emerging data that suggests we should unplug and detach from our technology, the majority of Americans prove reluctant to let go of a good thing. According to Nielsen reports in 2014, the average person in the U.S. watches more than five hours of “live television” every day. Although this figure can vary depending on the age group (shocker: viewing time grows as you age), we dedicate nearly 20% of our lives to sitting in front of the television-  a greater amount of time than any other activity in our lives, save work. Although these figures clearly indicate the constant presence that TV has in our lives, that’s certainly not to say that it is exempt from change itself. The same Nielsen data indicates that Americans are steadily shifting viewing patterns to streaming rather than broadcast television, with the latter showing a 12% dip by just March of last year, in turn dropping many of the ratings that major networks usually receive. In an effort to keep a grasp on precious revenue, many networks are buying into advertising, filling air time with more commercials for the viewer to groan about. (C’mon, really, the only time we care about any of them is at the advertising’s biggest stage, the Super Bowl.) The commercial-to-program ratio per hour jumped to about 16 minutes in 2014, alleges financial service website The Motley Fool, from the 14 and a half average that was held in 2009. Despite the efforts, this seems to only be inching many towards the streaming route at a faster rate: Netflix counted their subscribers at 70 million in America last year– about 56% of U.S. households, Hulu claimed to have up to 9 million subscribers in 2015– a 50% increase from 2014, and while the up-and-coming service that Amazon Prime offers won’t release their official figures, some reports had it at a sound 44 million U.S. members last year (important to note here is that this service is for many services with membership, not only streaming). But don’t just let the numbers speak: in a study by FBR Capital Markets, when participants were asked to choose between streaming or a cable/satellite subscription, a 57% majority went with streaming. But what is it that’s causing this shift, and will 2016 prove the last gasp of life for broadcast television?

To promptly answer in one clear swipe: an assortment of factors, and probably not. Our ever-increasing internet usage is usually pointed to as a significant contribution; in an age where we have the ability to look up anything from the entire history of France to the latest Hollywood news with the same speed and ease from the miniature computers in our pockets– because yes, your phone is now inherently smarter than you, the power to call any video to your television with the press of a few buttons, and the connection to someone half a world away constantly at our fingertips, it’d be hard not to rely further and further on such. According to the 2015 Nielsen Total Audience Report, Americans 18 or older spend a total of 11 hours a day with electronic media, with over half of that spent away from live TV. It was in 2013 that a shift rocked the TV/internet world: less than half of subscribers at the major broadband companies now subscribe to cable TV. The greater meaning of this? The devil’s in the details: people are giving up cable TV as an individual product as the market shifts to telecom companies like AT&T and Verizon, who offer packages with high-speed internet access. And with high-speed internet access- why, all the more opportunity and tools to stream, stream, stream. It’s not just households that are coming into the modern age: free wifi is becoming increasingly common in cities across America with the use of muni-WiFi,” or municipal broadband access. With coverage in large areas (like many big U.S. cities from New York to San Francisco to Lincoln, Nebraska), it’s easier for consumers to access shows, movies, and videos without having to subscribe to any cable or broadband service. As of 2013, 57 cities across the U.S. offered free wifi, and the figures have only grown since then. While the idea does present its own issues and kinks to work out, this path is one that many cities are unwaveringly moving towards- making the option to stream television shows increasingly easier for viewers.

Money talks, and price could easily be another factor worked into this equation. In a study done by the the Liechtman Research Group the past year, the average cable bill has jumped to 39% since 2010, standing now at $99.10. Compare this to the price of the most popular streaming shows– $9.99 for a Netflix monthly subscription, $8 for Hulu’s Plus version or $12 for the commercial-free option, and about $8.25 for Amazon Prime’s service (plus the $99-a-year Amazon Prime subscription)– and there seems to be no contest. Why pay for a commercial-inclusive, multitude of channels, half of which you won’t watch, when you can get a free pick of nearly everything you could want to watch, without any commercial interruptions, for a tenth of the price?

Despite the numbers showing a decline and the broadcast fears rising with each quarterly release of figures, the truth is that there might be a bit of an over-exaggeration. It is true that cable subscriptions have gone down, but not to the degree that some researchers claim. The same Liechtman group research noted that the percentage of households that pay for cable lands at about 81%. It is lower than 2010’s 87% figure, but the equivalent of the 2005 amount when 81% of households subscribed to a pay-TV service. The report also alleges that the real harm to cable companies won’t come from consumers who drop their subscriptions, but first-time homeowners renters not even getting involved in the first place. “Historically,” writes Leichtman, “consumers have gone in and out of the pay-TV category, primarily for economic reasons… while the rate of those leaving is actually similar to a decade ago, those who are entering or reentering the market has decreased over time, and the industry is not keeping pace…” The change in tactics is evident, with proposed ideas to improve ranging from up-front pricing and the ability to cancel every time, similar to what Dish subsidiary Sling TV is doing, to a focused a la carte option for favorite shows. Dounia Turrill, Nielsen’s senior vice president for insight, instead views these changes as the chance to create new opportunities: “with continued and accelerated fragmentation, the risks and rewards are potentially high.” Similarly, the consumer has the same chance to weigh the risk and reward that they could see from switching.

What the future holds for television is still in the air. Researchers can only guess at where the trends will take society, and what might come along as a development in the meantime.  What is certain is that streaming is coming into its own, making bigger and better developments, with the next year holding a range of possibilities. For you, the choice is all your own: to stream, or not to stream?