Are reality TV shows becoming too improper to younger children? 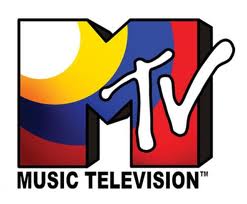 We all know that most teenagers watch Jersey Shore, Teen Mom, 16 and pregnant, and The Real World, but is it really fitting for our age? Reality television has a bad influence people of a young age because even pre-teens watch MTV, ABC family, and E! Where most of these bad influenced TV shows are played. When they get older, it will set them up for a bad life because these TV shows are about having sex, drinking nonstop, or smoking. There should be a limit on the age of who can watch them or their parents should be able to set an example and set a parental control on the TV. Let’s see what peers at Leonardtown High School have to say about this. Sophomore, Courtney Springer, said “Yes, I do watch Jersey Shore. It is a very bad influence because people are going to think it’s cool to go out and party a lot. It’s not cool to do the things that they do.”

Most of the reality shows are shown on MTV and VH1. Teenagers should be actually watching shows that are not a bad influence towards teens. These days there is nothing that is inappropriate for its viewers to watch. Even shows like discovery and the history channel have profanity and that is not a good thing for kids to hear. It does teach them, but seen no matter what you watch there are things that have a negative effect on what is see. The only channel that might have a good influence on you would have to be HGTV or Food Channel Network. The networks showing inappropriate should think twice before they start showing anything else because any kid or young teen has the ability to turn on the TV and watch anything if their parents do not have a parental control set. It’s basically setting an example to kids that they can do whatever they want because most of these TV shows take place when they are in high school.