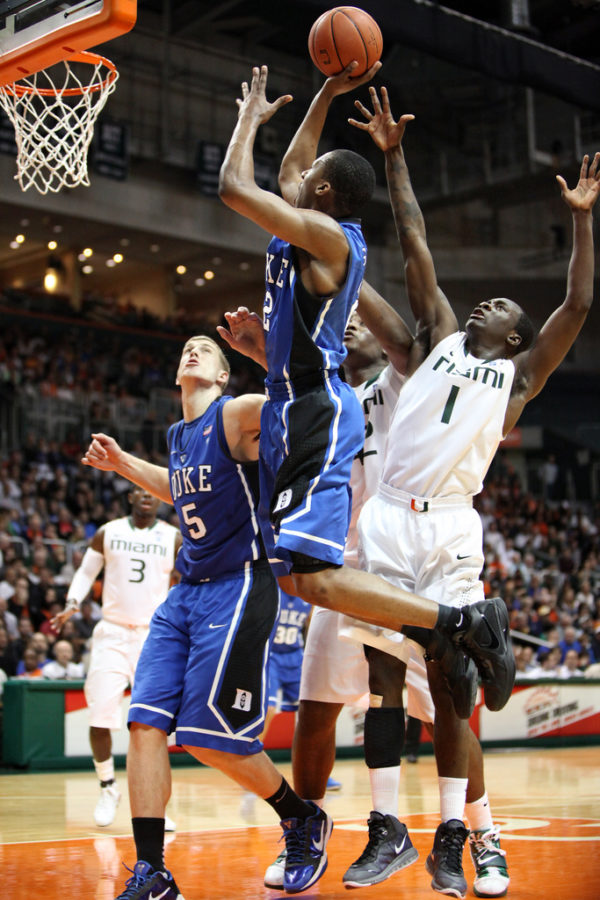 All eyes will be on the #4 Blue Devils as they take on the #2 Kentucky Wild Cats in the first game of the season on November 6th. This game will be a part of the 2018 State Farm Classic. The State Farm Classic is just a small little kickoff event to start the College Basketball season with some really good talent and competition playing against each other. Four top tier teams will compete in this year’s State Farm Classic and they are Duke, Kentucky, Kansas and Michigan State. It’s safe to say Duke will face some serious competition to start off the season.

Duke has a star-studded recruiting class coming in to play this year. They have the top three recruits in the nation. Those three are RJ Barrett, Zion Williamson, and Cam Reddish. But they also have another top ten recruit in Tre Jones. Tre Jones is the younger brother of Tyus Jones who brought the Blue Devils their fifth championship back in 2015. All of these young talented players landed Duke this year’s best recruiting class. It is highly likely that all of these talented young players will be entering the NBA Draft after this season. But they will be striving for a National Championship this year before they go. They want to show how versatile they are by being crowned the kings of the dance.

Although they have this super recruiting class, they also have some key return players coming back. These guys that are coming back consist of senior Antonio Vrankovic and juniors Javin Delaurier, Marques Bolden, Jack White and Justin Robinson. They also have coming back sophomores Jordan Goldwire and Alex O’Connell. These guys have experience in playing in the many tough environments that this team will play in. They have been through the tough tests and they will help guide the freshmen through the tough games. It will all come together when they learn to play as a team under coach Mike Krzyzewski’s masterful system. Mike Krzyzewski also known as Coach K is arguably the greatest college basketball coach of all time. He has over one thousand career wins and on top of that he has five national championship rings. He obviously knows how to coach a basketball team. He is one of the best mentors in all of the sport, not only is he a coach, but he is also like a father figure to his players. He really takes care of his players like they are his own children. That is another thing that makes him such a great coach and why his players trust him so much.

This year could shape up to be a great year for Duke Men’s Basketball. As they have their sights on six, they will have to face one of the toughest schedules in the country. They begin their long journey on November 6 at 9:30 pm against Kentucky. Their offensively talented players will make it difficult for the opposing teams to guard them. Coach K will propose the perfect formula to use the team’s strengths as best as possible. This could be a very special year for the Duke Blue Devils out of Durham, North Carolina. You could see them cutting down the nets come early April.