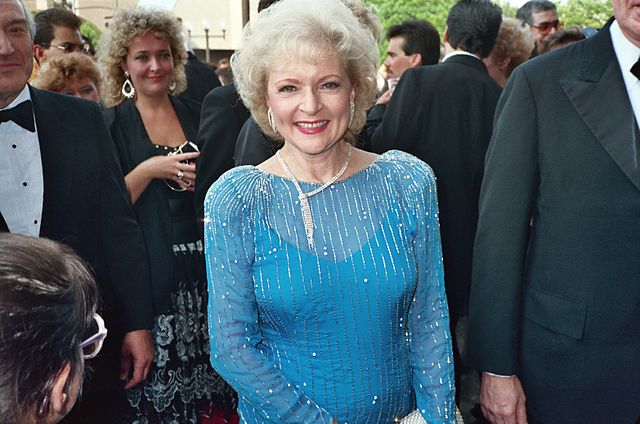 Betty White was an American Actress and comedian. She died on December 31, 2021, from a stroke. Although she acted on radio shows, tv and hosted her own show, she was mostly known for her comedic work on sitcoms. Her most popular shows were The Mary Tyler Moore Show and of course The Golden Girls. During her time on The Mary Tyler Moore Show, she received three Emmy Nominations, winning in 1975 and 1976. For The Golden Girls, she earned seven Emmy Nominations and won in 1986.

Before Betty White’s acting career took off she tried modeling back in the 1930s. She then put her modeling career on hold in 1941 to serve in WWII as a volunteer for the American Women’s Voluntary Services. During WWII her assignment was to drive a PX truck of supplies to barracks in Hollywood Hills and attend dances for departing troops.

Not only was she an amazing actress that served in WWII but she also supported LGBTQ and disability rights and took a public stance against racism. In 1954, Betty White hosted Arthur Duncan, a black tap dancer, on her show, The Betty White Show. Although this was a huge controversy and her viewers were upset by this she still decided to defend him and take a stance against the hate and racism and keep him on the show.

Although I know Betty White’s legacy will live on for many generations, I wanted to write this article as a tribute to her and what she has accomplished. She inspired many people, myself included, by volunteering in WWII, taking a public stance against racism, supporting LGBTQ and disability rights, and of course through her amazing acting career.