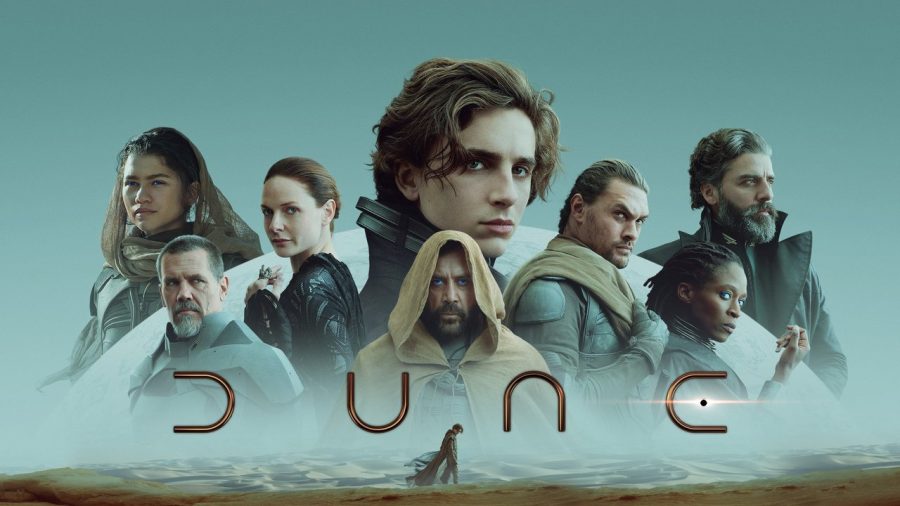 Based on the 1965 Frank Herbert novel of the same name, Dune released in late October to widespread acclaim from both audiences and critics alike. A welcome change for Dune fans, following the 1984 David Lynch Film, which faced heavy criticism. The latest adaptation also features an ensemble cast including Timothée Chalamet, Rebecca Ferguson, and Oscar Isaac just to name a few.

The story of Dune follows Paul Atreites as he takes command over a resource rich planet known as Arrakis. This assignment comes much to the dismay of the former leader Baron Harkonnen, who wishes to maintain control over the material wealth this planet possesses. Later it is revealed that Paul has been gifted with supernatural abilities, stemming from his mother and their powerful ancestry. Using these powers Paul is able to see visions of the future and use this knowledge to prepare himself and his family for the dangers of life on Arrakis.

Dune is a movie with an expansive and complex story, and I can see where some audience members may lose interest in the world building through the almost two hour run time. That being said, I see a lot of potential here, especially with the sequel being slated for release in 2023. As evidenced by Lynch’s 1984 version, this is a hard story to tell, but I think this version was well done overall. The actors deliver good performances, It kept me engaged the whole time, and the movie has some interesting visuals which help the audience feel immersed in its world.

While this movie is not for everyone, I think it was above average for the first film in a “new” property. Fans of science fiction will definitely enjoy it, especially those who care more about storytelling than intense action, and I will be awaiting the sequel to see how the story progresses.