A Review of Sonic the Hedgehog: The Modern Day’s Citizen Kane 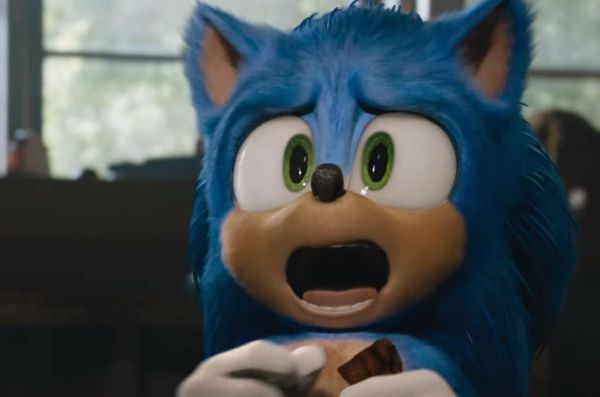 Sonic the Hedgehog at first appears to be a simple kids film made to cash in on the beloved icon that is Sonic. A soulless film created solely to cash in on children. However, against all odds, Sonic rises above all expectations, rises above film itself. It is transcendental, art in the purest form. Superb animation and visuals, incredible soundtrack, inspired acting, and fantastic lore all come together to create what I believe to be the perfect movie. This impressive flick takes the viewer on a magical spiritual experience, and I couldn’t recommend it enough.

Like any good film, Sonic the Hedgehog has a superb premise and story. The iconic Sonic is forced to flee his world and hide on Earth. However, after a terrible incident that occurs when a country cop discovers him, the US government discovers Sonic and decides he must be stopped. They deploy Dr. Robotnik, their smartest scientist, and hijinks ensue. Robotnik tries to chase Sonic down while Sonic flees with the help of the aforementioned cop, guilted into helping as he feels responsible for Sonic’s discovery. This is a simple premise of course, though once the viewer absorbs the subtext, it becomes a much more interesting tale.

Sonic the Hedgehog is a strong contender for the most beautiful thing I’ve ever seen. The CG used to create Sonic is top notch, he looks more real than lots of the humans in the film but still exudes his iconic cool charm. The actors are all perfectly cast, each one having a perfectly fitting appearance for their character. And, last but far from least, the cinematography is superb. Chills zoomed down my spine at sonic speed when the scene featuring Dr. Robotnik walking towards the camera first started. It starts upside down, reflecting how Dr. Robotnik is the opposite of Sonic and co., how he’s the one who’s atypical. Then it begins to twist around, creating a film experience almost as twisted as the cruel doctor himself. By the end of this harrowing journey, when the twisting is over, Dr. Robotnik is in control. He glares straight at the camera, establishing his dominance over the shot. Once this twisted journey has completed, twisted like Robotnik’s mind, twisted like Robotnik’s childhood, he has control. Not just over others in the film, but over the viewer’s thoughts and experiences. In a mere 3 seconds, so much is conveyed with the camera. Truly breathtaking work.

The humor within Sonic the Hedgehog is incredibly clever, unique, and hilarious. reminiscent of the likes of Monty Python. The humor is very subtle, potentially a little hard to fully grasp for many, but film aficionados are in for a delectable treat. For example, let’s examine a joke in the film. When Sonic is first discovered by the country cop who accompanies him on the remainder of the journey, he screams in shock. Sonic’s response is “uhhh… meow?” This incredibly clever statement, consisting of only 2 words, works on so many layers. Firstly, Sonic is a hedgehog, he shouldn’t be saying meow. Secondly, Sonic has cat ears, he almost looks more like a cat than a hedgehog, so the response makes sense to the viewers. Maybe Sonic recognizes this himself and is simply trying to make the cop relate to him. This leads into the third layer of comedy; Sonic is a recluse who can’t talk to anybody, but he’s desperate for approval. His response is inappropriate, wrong, fitting of one who hasn’t talked to anybody else in his entire life. But it also indicates an attempt to connect as mentioned before, an attempt to relate himself to something the cop is more familiar with, as it’s the only way he can think of to befriend him. This joke, three layered, which reveals great truths about the characters involved, is conveyed in only 2 words. Yes, 2 words. The writing is simply superb.

I think Sonic the Hedgehog’s biggest strength is its incredible lore. I’ve never seen a unique world be more properly established in such a short time. Robotnik is on screen for maybe 20-30 minutes, but I know his entire life. I know the bullies he dealt with in school, the wars he perpetuated in the Middle East, his prodigal status that he maintained for his entire life, his government dealings, his workplace tensions. All conveyed so subtly though clearly throughout the film. I’d like to detail more, but I can’t spoil such a great film for you. You’ll just have to watch it yourself.

Overall, Sonic the Hedgehog may just be the greatest piece of art ever created in human history. It executes everything a movie needs or could ever want with such style, such skill, such pizzazz, such artistry. It’s a complete visual and auditory marvel. It’s layered with depth in terms of its world, dialogue, humor. I simply can’t believe how it perfectly executes everything. Sonic the Hedgehog is the modern day’s Citizen Kane, its writers the modern day’s Shakespeare, and its composers the modern day’s Bach. This is the easiest and strongest 5/5 I have ever awarded a movie. You need to see this movie as soon as possible.

Disclaimer: For the sake of journalistic integrity, I must disclose that Paramount Pictures sent me a free t-shirt depicting the iconic Sonic in an attempt to advertise the new film. It definitely affected my enjoyment of the movie greatly.