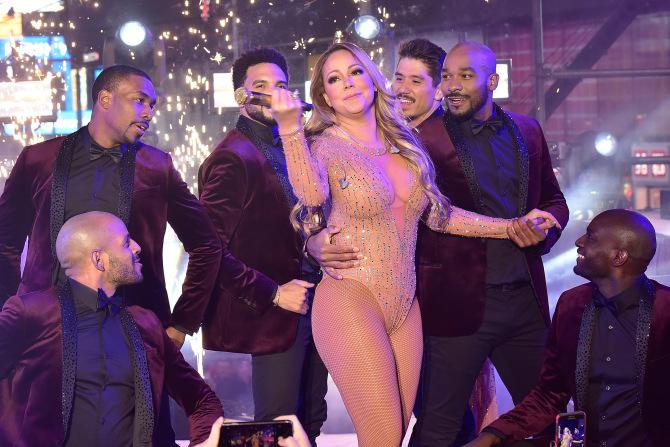 Performing at the New Year’s Eve Countdown is a normally a time to be proud that America wants to hear and see you in their last moments of the year. Mariah Carey had the opportunity to sing some of her holiday classics on stage as well as some endearing songs to enter the New Year. Mariah began her songs by dancing proudly, but she soon began to fall apart in her performance ways.

Lip-syncing may be common when it comes to live performances and large crowds, but the one issue with lip syncing is that you have to be in sync with the words and music. Unfortunately, Mariah was not able to hear her own song track and gave up by standing on stage with her mouth closed and hand on her hip.  Her soundtrack continued to play while she refused to try to go along with the music and dancing.

Her performance has since been criticized and reprimanded for her lack of effort to try and continue. Hopefully this new year will bring her some new ideas on how to perform better and take criticism and work from it.