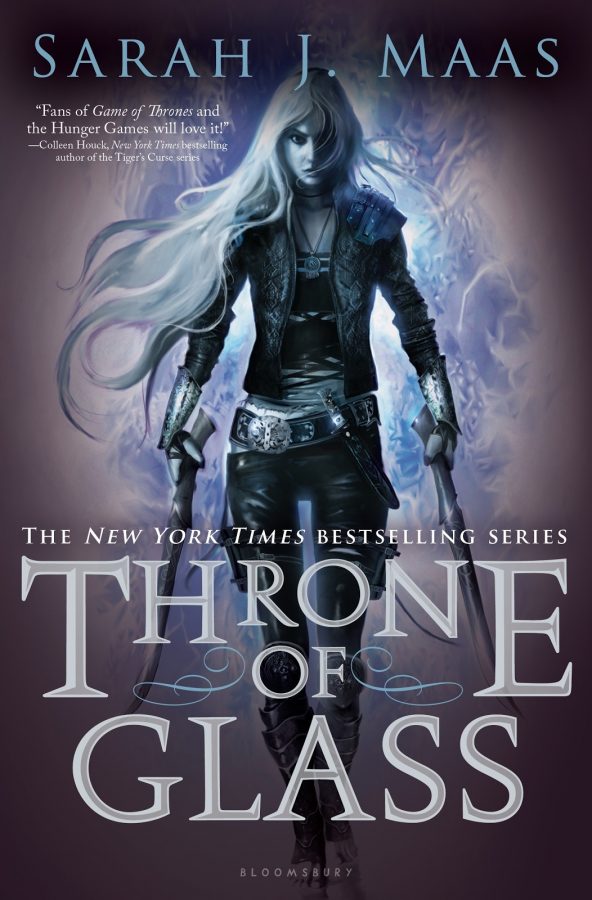 For weeks, I had received a barrage of texts from a friend of mine that had just become enamored with a book she had picked up from her school’s library called Throne of Glass. Everyday, she’d express her love for this book to me, as well as her excitement and anguish for the events happening beneath the cover. Soon, I too became curious of the book’s contents. However, for months I had never gotten around to reading even though I had promised her that I would.

Just recently, in the rush of acquiring a book for a reading project being given in my English class, I finally purchased the first book of Throne of Glass. And although I planned to read through the book quickly, I later found myself carefully going over each word, letting the story soak in. And it was especially hard to close the cover and set it down for the day.

The series starts in a kingdom called Adarlan, ruled by a tyrannical king. In this kingdom, a guild of assassins work in the shadows for coin. One among them was a girl named Celaena Sardothien, who is considered the best of the best. She was notoriously named the Assassin of Adarlan. But her glory ended shortly after she was captured by the king’s guards and thrown into Endovier– a slave town nestled beside a salt mine that is widely known for the short life span of it’s workers. For a full year, she worked in the salt mines and had even attempted escape once… to no avail.

As it seemed all hope was lost, Celaena was then approached by the Captain of the Guard, Chaol, who brought her to the prince of Adarlan, Dorian Havilliard. The prince presented a proposition to Celaena. In a few months, there would be an arena duel between competitors in order to claim the title of the King’s Champion…. The champion who would have to obey and carry out executions to those who opposed the king. After four years of servitude to the king, they would be granted freedom and wealth.

If Celaena wished to break free from the shackles that the kingdom had locked around her, she would need to represent Dorian in the match, win, and become the king’s attack dog for a few years.

Although the royal family were the very ones who had executed her parents, friends, and enslaved her… she was desperate to acquire her freedom. And so, she accepted the task before her.

Up against 23 other competitors, Celaena quickly learned that this task would not be easy. She needed to tuck away her true identity to be replaced with a false one. This was to grab the upper hand on her opponents, so they would underestimate her skills. She would be in the background, never in the spotlight, ready to strike when they were least expecting it. And since her strength had wasted away while she spent her time in Endovier, she needed to undergo intense training to refine her skill if she wished to have any chance at winning this competition. Not only that, but at the end of every week, a “test” would be held between all the rivals to disqualify those who failed to meet the requirements. These tests included identifying poisons, wall climbing, etc. On the last week, when only four competitors remained, the duel between all four would commence. Those who were disqualified would be killed, jailed, or dragged back to wherever they had come from.

As the story advances, Celaena finds that her opponents in the competition are not the only threat to her life. There is a murderer going around, slaughtering people in a grotesque manner. But there is a pattern to these murders– only the competitors are being targeted. As Celaena investigates these murders in order to protect herself, she comes across a few strange things… such as the markings under her bed, and the secret tomb hidden just below her room.

Between the action, truth-seeking, and the neverending sass from Celaena, it only took a few pages before I became completely obsessed with this book. Now, I’m reading through the third book in the series, following Celaena’s adventure in figuring out the kingdom’s secrets. If you like fantasy worlds with magic, intrigue, and secret identities (filled with sass and spunk) Throne of Glass will not disappoint.