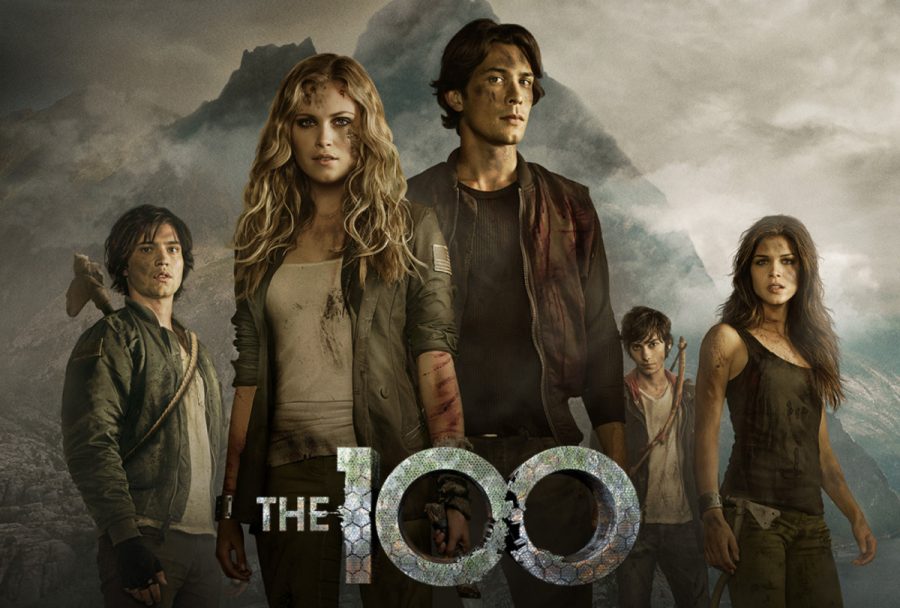 So, the world has been utterly devastated because of the mistake of someone who hadn’t considered the repercussions of their actions. The entirety of Earth has been left completely dull and lifeless– no longer inhabitable by any creature. But, yet again, humans fail to be subdued by such a crisis and strive to expand their ability to adapt and survive in the new home they’re attempting to build for themselves. Classic apocalyptic material. If you watch the widely popular series, The Walking Dead, or play the game, Fallout, then it’s obvious that you have a knack for these types of stories. Although The 100 doesn’t have zombies or bionic super-mutants, it does dig deeper into the whole concept of recreating a new world out of the remnants left behind by the last. It’s about survival of the fittest.

The 100 takes place 97 years after a nuclear war wiped out most life on Earth. Some remaining humans had created a space station in Earth’s orbit called “The Ark,” containing what they believed to be the world’s last survivors. However, as population on The Ark increased, resources diminished– leaving the authorities to create last-resort laws in order to keep a stabilized population and supply. These laws established severe punishment to those who commit even the smallest of crimes. Such crimes were punishable by death unless you were under the age of 18– in which case you would be imprisoned instead.

Soon, the Ark’s technical and life support began to fail and oxygen levels were lowering. It was only a matter of time before the entire system crashed, killing everyone on board the large space station.

The authorities came to a conclusion in order to save the people. They needed to return to Earth.

But, it wasn’t such a joyous reunion with man meeting ground again. No, there’s a catch. Since they were still unsure about the Earth, and whether it was glowing with radiation or not, The Ark decided to keep their trained soldiers and guards aboard the ship. Instead, they sent their prisoners under the age of 18 to Earth. All 100 of them.

The teenagers, whom have only ever seen Earth from the space station, arrived in a beautiful world, where life seemed to flourish. Earth is still radioactive, and due to that, has mutated the creatures that dwell among its greenery. Including the remaining humans that survived the bombing. When the teenagers meet these survivors, they quickly learn that these people were not what you would expect. There was no civility or friendly welcome involved upon meeting them. These people, called Grounders, were barbaric and animalistic– honed by almost a century of struggling against Earth’s mutations. And, taking the teenagers arrival as an offense for crossing into their territory, they attack the boys and girls relentlessly. The teenagers have no other choice but to evolve their skills so they can defend themselves in this beautiful, treacherous world.

The story follows Clarke Griffin, seventeen  years old, who was arrested on the Ark for treason. After arriving on the ground, she tries to reason with the other teenagers about the necessities of survival. However, her ideas are shot down by Bellamy Blake, who steps up as the leader of the 100. But, when their lives become threatened by the grounders, they have no choice but to put their heads together to work out solutions that will protect the group.

The 100 is a rollercoaster of action, adventure, tragedy and romance, and it’s sure to knock you off your feet from the first episode. Grab some popcorn (and a box of tissues), sit back on the couch and prepare yourself for the wave of emotions and thrills that is The 100.