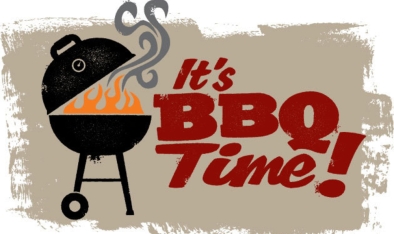 Although our boys football team probably won’t bring home a win, you’ll win if you attend the LHS BBQ Club tailgate before the game. Located at the corner of parking lot A and the bus loop, the BBQ Club tailgate is bustling with food and conversation. With all the hamburgers, hot dogs, and the occasional pulled chicken or pulled pork, you will not leave the tailgate hungry. Guaranteed. Beyond serving your stomach, you can serve the community. The BBQ Club is a non-profit that donates its earning to the Semper Fi Fund, a charity dedicated to financially assisting wounded vets.

On September 10, 2016, I decided to visit one of the BBQ Club’s tailgate for some pre-game festivities before the Leonardtown vs. La Plata Football game. I followed the column of smoke and smells of sizzling meat to the tailgate and the first thing I noticed was the number of people there. Between the 4 grill masters, volunteers and the hungry patrons waiting to be served, the crowd is quite large.

The BBQ Club charges $3 for a sandwich (burgers, pulled pork, pulled chicken) and $1.50 for hotdogs. The Club also sells canned sodas and waters for a $1 a piece. My initial impression of the tailgate was the convenience and value. At a stadium, you might blow $3.25 on a single hamburger (maybe more for the addition of cheese) or $1.25 for a soda. The BBQ Club tailgate gives you the chance to get involved with your peers at a far more affordable price.

When I attended the BBQ Club tailgate on the 10th, I took the chance to interview Lance Schuyler, one of the four BBQ Club grill masters, about his favorite aspect of the club and he said, “A great quality of the BBQ Club tailgate is the social aspect and atmosphere. While you wait for your food there’s a warm and welcoming crowd of people simply trying to enjoy their Friday night. Feel free to strike up conversation with any of the grill masters and attendees to the tailgate.” I then asked Lance what his feelings on stadium food are and he reported he enjoys “knowing how much better our food is than the stadium’s food. I also think that it tastes so much better knowing it goes to a good cause, rather than just funding our football team. The club has a mission to help make change in the lives of vets, and I really think we’re helping do that.” Helping vets, good food and conversation: what more can one ask for?