Civil War: Which Team Are You On? 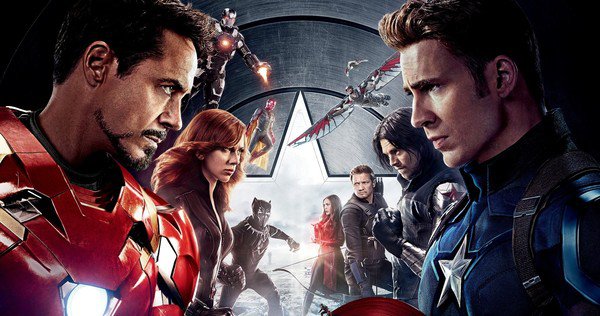 Spoiler alert: the Confederacy lost the war and Abe Lincoln dies. Oh, right, in this case we are talking about the new Captain America movie that hit theatres on Friday, May 6th and made $180 million in its opening weekend.

For those who were frustrated at Whedon’s mischaracterization in Avengers: Age of Ultron, they will be pleased to hear that five minutes of Civil War was better than the entirety of AoU. Character interactions were far more meaningful and exuded less of a tooth-pulling vibe.

The film did an excellent job with its character reactions – despite so many super heroes being in one storyline. The story flowed seamlessly and no characters were feeling neglected or out-of-place in the conflict.

Both sides were sympathizable – on one hand, Iron Man’s ideas to limit the power superheroes have is entirely logical, but Captain America raises perfectly valid concerns about having a council being in charge of them and the risk of corruption.

It makes it difficult to choose your team – but clearly Captain America is the best, just personally saying. It is okay to be on team Iron Man, as everyone has to be wrong at some point in their lives.

The two and a half hour movie developed the characters in a short and impressive time without rushing anything – T’Challa’s arc was beautiful and heartfelt, the rise of a boy seeking revenge to becoming a king capable of understanding and moving past revenge.

Ant Man made an appearance, and was actually far more charming and witty than he was in his original film Ant Man. Scarlet Witch, as usual, was incredible, and her interactions with Vision showed that the Russo brothers cared about the source material a.k.a. Comics.

Unfortunately, not everything was great, but the good far outweighed the bad. Chris Evan’s performance wasn’t particularly breathtaking or powerful – Captain America still feels like the same person he has been for a while, despite the way the film emphasized a transition from him back to Steve Rogers.

Another cringe-worthy point was the kiss shared between Steve and Peggy’s niece Sharon, only a day or two after Peggy’s funeral. Yikes, it was awkward and not well developed, and Sharon was basically dropped after that moment. Her only role was to help Steve and defy her values in doing so.

She felt less like an ally and more like a tagalong. Sharon Carter certainly deserved more than she was given. Black Widow deserved more screentime as well, as she is one of MCU’s most complex characters. She deserves a deep exploration of all her dimensions. But, this may be more appropriate in her own movie as opposed to Civil War.

All in all, Civil War was entertaining and heart-touching enough to make it a film worth seeing. Spiderman’s cameo alone is enough reason to head out to the movie theatres while you still have the chance.