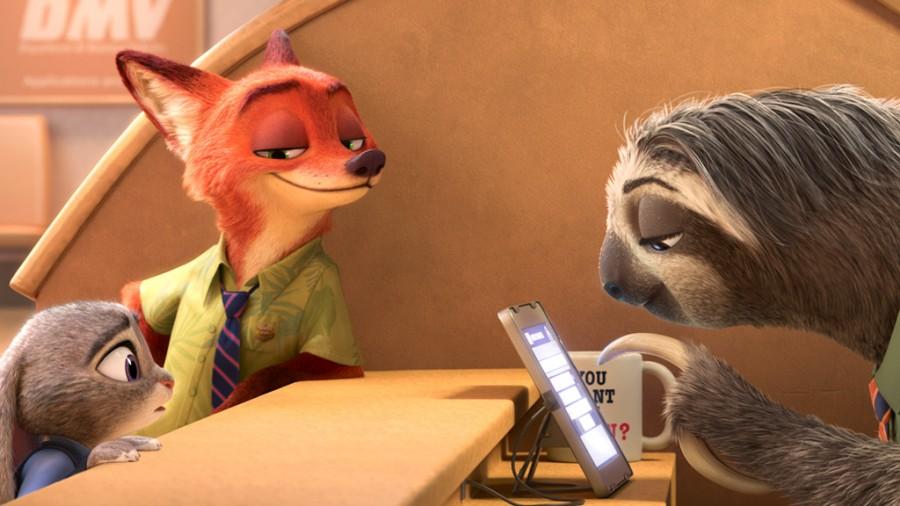 Produced by Walt Disney Animation Productions, Zootopia has topped Frozen with its opening weekend–the largest record for a non-Pixar Disney film. Voicing the charming animals of this movie include Ginnifer Goodwin (Once Upon a Time), Jason Bateman (Arrested Development), Idris Elba, and even Shakira (who appears as the “horned angel” of Zootopia, the famous popstar Gazelle), the opening weekend of the film proved to be yet another example of why Disney rules the market on family films.

The movie opens up on a small bunny with big dreams–Judy Hopps (Goodwin) is determined to be the first of her kind to become a police officer. At first, the narrative is clear; everyone tells her to give up on her dreams yet she faces all odds and graduates at the top of her class in the police academy.

Despite that, she is constantly underestimated for her size, until she manages to team up with fox con artist Nick Wilde (Bateman) through various means of blackmail and threats of his arrest. The film then follows the adventure they go on to find a missing mammal under the ultimatum that he is found or Judy loses her badge.

As a bunny-cop movie, the comedy delivers. With the kids in mind, Disney does not underestimate the intelligence of the audience by resorting to potty jokes or ridiculous gags. The banter is witty and charming, yet not so obscure that it’s to be ignored. Jokes were humorous and non-offensive, refreshing and downright adorable at times.

Underneath the comedic exterior, though, is a subtle message that is played through the entire film. Zootopia’s world-building is colorful and bright, and the dynamic between predator and prey species living together in harmony is neither overhanded nor underdeveloped. Disney packs a punch with its relation to current events, such as themes of prejudice and fear.

Gazelle (voiced by Shakira) spells it out in case there was any doubt in the audience’s mind. She says that celebrating Zootopia’s diversity is what makes it a beautiful place, and being divided by fear and hatred is not the home she knows.

Ginnifer Goodwin told Hollywood Reporter that “I can’t speak to Disney’s stance because Disney is an unbiased storytelling entity, but I can say [the plot], of course, brings those recent political statements to mind for me personally.”

For all the hark to more weighted themes, the movie is not without its heartfelt and touching moments; in its brief span of screen time, the characters undergo development that is true to both their heart and what has been shown to us throughout the entire film. Even the class bullies at the beginning of the movie are apt to make a reappearance, reformed and matured.

The only portion of the movie that might be considered unsatisfying is certainly the reveal of the true villain–it was rushed and seemed to come out of nowhere; instead of feeling like a plot twist, it felt like lacking storytelling. It was to be expected that villains would not get the same development in such a short timeframe, but it could have been executed a little better.

Despite that, the movie was charming and enlightening without dipping to come off as shallow. If asked to recommend one of Disney’s newer movies to anyone of any age, Zootopia would be at the top of the list.