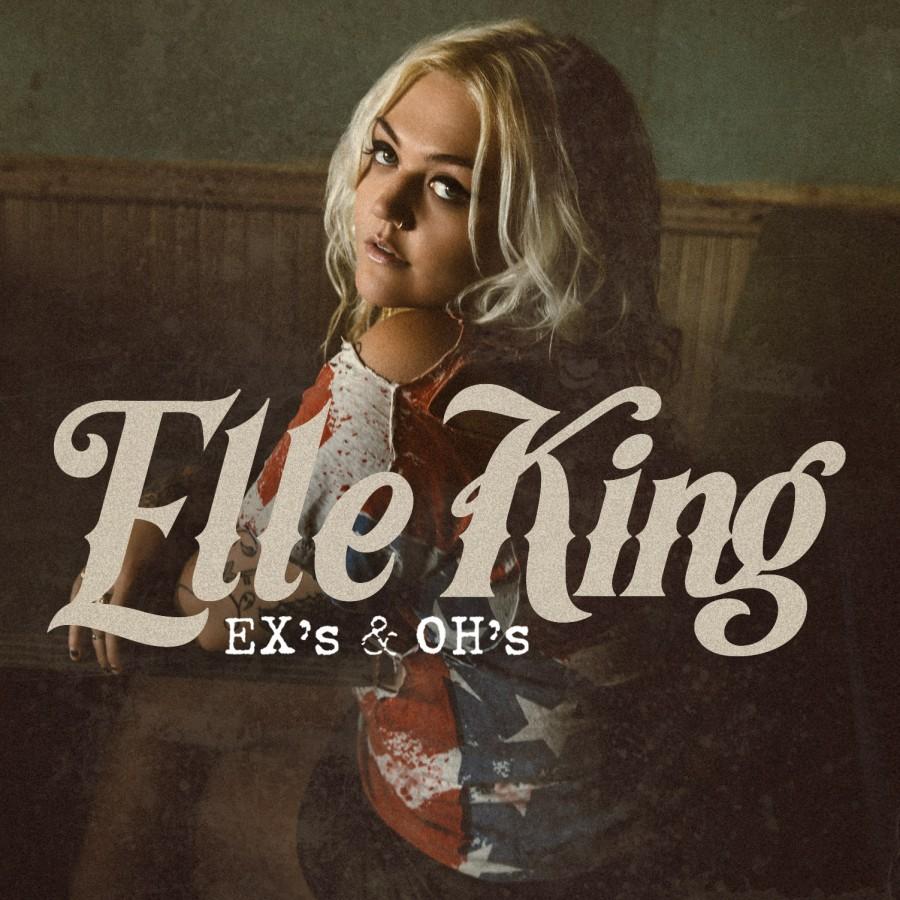 As 2015 comes to a close and as 2016 comes closer and closer, it must be observed that there’s been so much good music across every genre span, but pop music especially. We look back on the catchiest melodies, top 40 hits and a few of the old school beats, and rank up the top 10 music artists and their best songs of the past year. 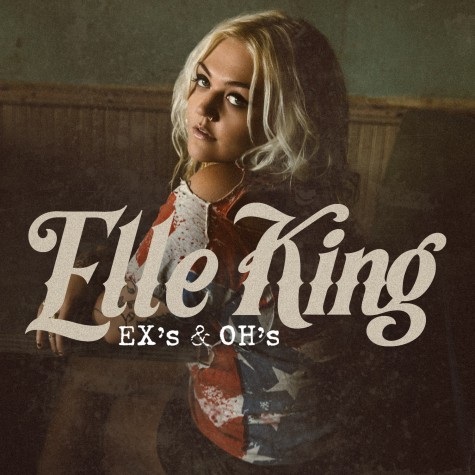 10. Elle King – Ex’s and Oh’s is the debut single by Elle King for her newest album Love Stuff. This upbeat tune with a catchy chorus is a perfect song if you’re thinking about that cute guy that caught your eye or that mean old ex-boyfriend that you hate. Debuting on September 24th, 2014, the song received success in the rock genre, peaking at #1 on the Billboard Hot Rock chart before crossing over to the adult pop radio chart. “Ex’s and Oh’s” was certified gold, a single that’s sold 500,000 units in Canada, and reached the top of the alternative songs chart in September. Recently, King was nominated for two Grammys at this year’s awards, both for Best Rock performance and Best Rock song. Congrats, Elle! 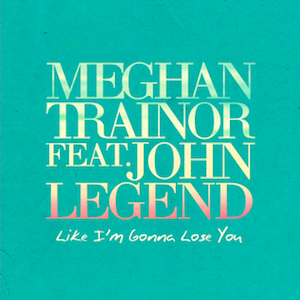 9.  Meghan Trainor – Like I’m Gonna Lose You, feat. the one and the only Mr. John Legend. Featured on her debut album Title, Meghan said about her song, “it is a beautiful love song with a touch of fatalism, and mostly conveys the song message to not take time with ones you love for granted.” With Legend by her side, these two artists have artfully combined soul and pop music to put it on the map. Additionally, the song has had some great positive reviews from many music critics. It topped the Australian single charts at number one for four weeks, and New Zealand hit much the same. On the U.S.’s Billboard Hot 100, the track came in at number eight, becoming Trainor’s third top ten single. With a successful year in the start of her first album and making music history herself, this young artist is surely on her way to the top. Way to go, Meghan. 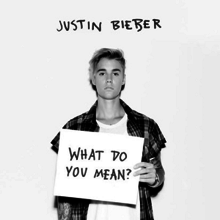 8. Justin Bieber- What Do You Mean, from his album Purpose, the song debuted on August 28th, 2015. I personally have become a big fan of the popular song. The sounds and lyrics combine to contribute to the overall tune, from the kickoff of the ticking clock to the piano hitting its chords, the bass throughout that contributes to those sick beats, and more. The song has topped the Canadian charts at #1, along with the Billboard Hot 100, where it would stay for over a week. The single also hit number one in music charts around the world, like the UK, Norway, Australia and more. The success has served well for Bieber, coming back strong into the music industry after a bit of a public meltdown of DUIs, court visits, and media issues. Will this bode as a continuance for the future? Hard to tell, but if this reemergence serves as any indication, “success” will be the word of the next year for the star.

7. Selena Gomez- Same Old Love. The song was released on September 9th, 2015, initially only as an instant download with the pre-order of her album Revival. Serving as a great breakup song with a classic upbeat mid tempo in the mid tempo in the beginning, jazz, even electro beat mixed into it, the song has earned a lot of great reviews from critics who commended production of the song, mostly for having a great adult tone in it. The song entered in the Billboard Hot 100 at #43, then peaked at #9 and became Selena’s fourth top 10 single. But that’s not all for Miss Gomez- her newest album has become the first for Selena to have multiple top-ten singles. As of November 2015, the song has sold 640,000 copies in the United States, while in Canada 40,000 copies have been purchased, with the track on its way to being certified gold. 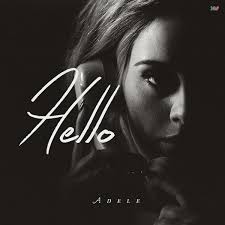 6. Adele- Hello, from her album 25, released on October 23rd, 2015. This song is another favorite of many, with the pure sounds of nothing but the piano and the songstress’s voice enchanting the legions of fans who have been long-waiting for her re-emergence. The track was the first single released from the album, signifying the first heard from the Brit since the voice problems that plagued her two years ago. Already she has received many acclaims from many critics, picking up her stardom right where it was left off. It attained success in the international music world, becoming number one in 28 countries, including her home in the UK. When debuting at the top of the Billboard Hot 100, it became her fourth number-one on the chart, breaking many records like that of digital sales and amount of views in the 24-hours after the release of a music video, where 27.7 million people tuned into Vevo watch the accompanying video to “Hello.” Congrats to Adele, has certainly proven that a five-year break does nothing to disrupt a great of the industry. 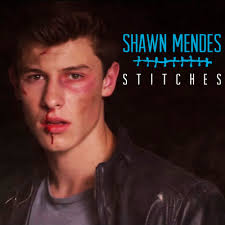 5. Shawn Mendes- Stitches, another one to make the list of best songs of this year. Released on March 16th, 2015 for his debut album, Handwritten, it became the album’s third radio-hit single in the summer of 2015. “Stitches” is Mendes’s first song to appear on the Billboard Airplay Chart at #36, transfiguring to #1 on the mainstream Top 40. Over the course of the summer, the track became his first top single on the Billboard Hot 100, charting at #4 and even reached #1 in Canadian Hot 100, as well. As for awards, Shawn has been nominated for two Teen Choice Awards, one for best music single and the second for best male artist. Kudos to Mendes on a great debut year- can’t wait to hear more great thing from you! 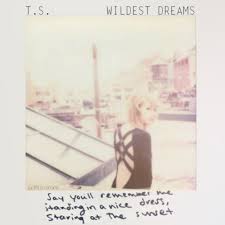 4. Taylor Swift- Wildest Dreams, coming out as the perfect, classic dreamy-pop ballad with just the right splash of romance to it. Released on August 31st, 2015 to radio stations everywhere, it received many great reviews from critics. The song also received commercial successes on the global charts, topping the U.S., Canadian, and Australian ranks or digital downloads of the single. After releasing the song, it reached #5 on Billboard Hot 100, becoming Taylor’s 19th consecutive top 10 hit. Between her star-studded mega-tour for 1989 and clique of celebrity friends having fun everywhere they go, it’s no wonder the young pop star has decided to take a hiatus. Until next time, Taylor, say you’ll remember us? 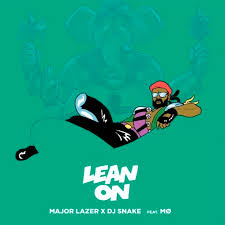 3. Major Lazer and Dj Snake- Lean On. The electric beats (bum, bum, bum, bum, bum) during the chorus of the song and start give this DJ-thumper a surefire chart hit. Released on March 2nd, 2015 from the artist’s third studio album, Peace Is the Mission, the song also featured the vocals of Danish singer MO. It soon reached great success: peaking at #4 on the Billboard Hot 100, hitting #2 on the UK singles chart, and reaching #1 in several other countries’ listings. Its impact seems to be another record-shattering in this list: music app Spotify said that it is the most streamed song ever in the history of their service, and YouTube holds their music video at over 910 million views. 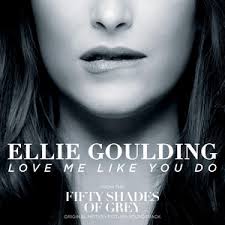 2 . Ellie Goulding- Love Me Like You Do. This is an electro-pop ballad that’ll make you want to fall in love and catchy enough to not let you forget it. Released on January 7th, 2015, the song made global music success for not only being Goulding’s most successful single, but also as her first number one in various places and further topping the charts in over 25 countries, like that of Australia, Germany, Ireland and the singer’s home, the UK. It hit its height at #3 on Billboard Hot 100 and made for her first number one on the Adult Top 40 and second on the Mainstream Top 40. Goulding, apparently, has cracked the code to creating a radio hit- now let’s see the songstress do it again. 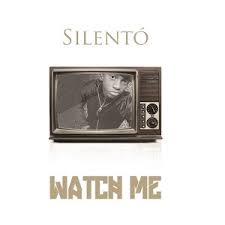 1. And the Best Song of 2015 is… Silento- Watch me (Whip/Nae Nae). That’s right, folks, that song and dance that has swept the nation and became this year’s Cha Cha Slide or Cupid Shuffle. The song was released on June 25th, 2015 and won two awards, one for the Song of the Summer from the MTV Video Music Awards and from the Teen Choice Awards for R&B/Hip Hop song. This didn’t stop critics, though, who said that this was easily the worst song ever. #Ouch. But great news on the charts: it hit its best at #3 on Billboard Hot 100, and spent six weeks on the listing, while on the wider music charts the track peaked in the top ten and twenty in places like Australia, Denmark, New Zealand and United Kingdom.

And there you have it: Leonardtown ranking of the best pop tunes of the year. Of course, this is only the smallest of tastes of all that was released this year, but maybe this will point you in a direction of similar music, or branching off into other genres. While 2015 was a fantastic year for the music industry, let’s hope 2016 will be just as great, or even better.