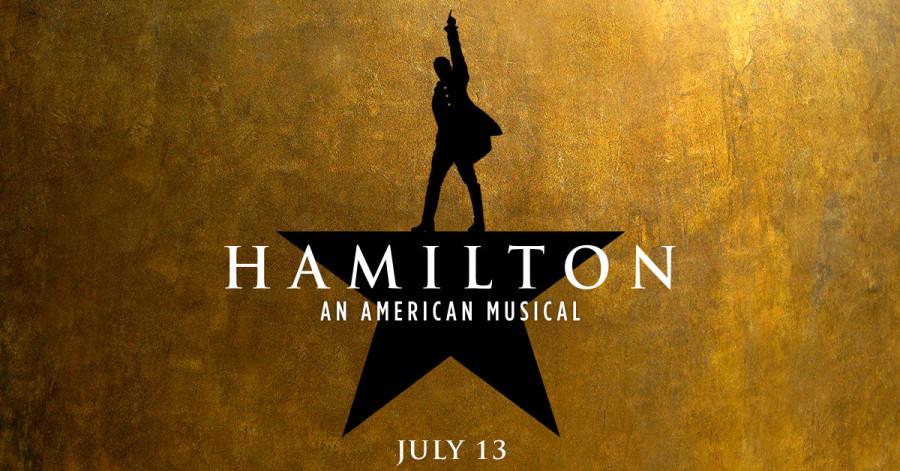 Hamilton: the witty musical of the life of a founding father takes the stage, composed by Lin-Manuel Miranda. The musical premiered on July 13th in Richard Rodgers Theater, N.Y.

Never before would you have expected to hear a rap battle between two founding fathers that didn’t come from a tacky episode of “Rap Battles of History.”  From the opening track “Alexander Hamilton,” the show is quick to let the audience know it’s not like anything they have ever heard before.

Fast-paced and packed with energy, the show is less of a history lesson and more of a submerging experience into the life of Alexander Hamilton, the man who established the government-owned Bank of the United States. The timeline begins with his arrival in New York City during the beginnings of the Revolutionary War and ends with Hamilton’s death in 1804.

Despite the times, the music is contemporary—anachronistic, almost, especially with the addition of modern-day slang. That’s part of what makes the musical so interesting, though. The people in our textbooks suddenly become multi-faced characters, just as they had existed in time. It offers a valuable connection to our past.

A mix of rap and singing overlays tracks with bass and other electronic elements. Songs are packed with memorable lines—such as Washington to Hamilton with the wise words of “dying is easy son, living is harder,” or the Schuyler sisters’ sass of “we hold these truths to be self-evident that all men are created equal, and when I meet Thomas Jefferson I’ll compel him to include women in the sequel.”

(There is also, perhaps, less-appropriate lines such as Hamilton promising to show Jefferson where his shoe fit during a song aptly named “Cabinet Battle #1.”)

The tension of personal lives intermingling with political clashes makes for an interesting show—but for a musical with 46 soundtracks, it’s easy for many parts to be easily overlooked. Motifs hold out well and don’t feel shoehorned in, but sometimes they are too subtle, making certain songs seem superfluous. If the same thing could be added into a verse of another track, why not use those three minutes for something more important?

There’s too much information to fit into one show, and that is no fault of the composer. The selection process could have been handled more delicately—without the visual aid, it’s easy to forget that Hamilton even has children. Or that the matter of slavery was not merely a footnote in history.

Other historical accuracies were clever, such as Angelica Schuyler’s letters to Hamilton—these references encourage further research. The irony in the play is used beautifully, and it’s easy to forget that you’re actually learning some history as you listen and watch.

Don’t throw away your shot on this musical. It’s not one you want to miss.