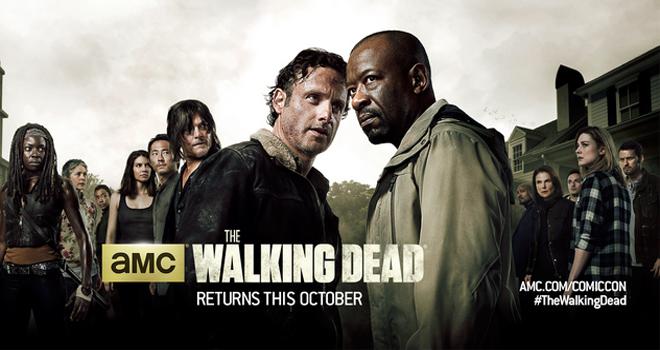 The Walking Dead is popularly known as the modern TV show that’ll keep giving top-notch entertainment as the seasons are released. This valiant drama depicts what life would be like following a zombie apocalypse. Led by police officer Rick Grimes (Andrew Lincoln), his family and a group of survivors find themselves continuously on the move as each safe haven falls through. The burden of each day to fight and stay alive causes many group members to become cruel and cold-hearted, and Rick soon realizes that the fear of the survivors can be more threatening than the zombies that have taken over the world.

In the first season, the sheriff’s deputy arises from a coma from an altercation with criminals. Rick awakens in the hospital to find very few people and many more zombies, or what the show refers to as ‘walkers.’Clueless and shocked at how the world has changed since he’d been under, Rick ventures recklessly back to his home in search of his family, only to find survivors Morgan Jones and his son, Duane. Morgan informs Rick of the situation and the devastation that has happened since he’d been injured. Determined to locate his family, Rick heads off to Atlanta, finding his family, and his partner, with other survivors just outside of the city. Tune into The Walking Dead season 1 for more intense drama!

Season 2 continues to follow Rick Grimes and his group as they struggle to survive in this new world full of zombies. The group encounters the farm of veteran Hershel Greene, where tensions rise among members of the group and the mysterious occupants of the farm. Watch this season for mysterious thrillers and suspenseful twists!

In season , the group leaves Hershel’s farm, now overrun by zombies, and is forced to make a home out of a fortified prison. The peace doesn’t last forever though, as a nearby community known as Woodbury threatens Rick’s group, and in a twist of fate, the zombies become the least concern. Season 4 continues to follow the lifestyle of Rick’s group inside the prison as internal and external threats fluctuate.

Watch the critically acclaimed and award-nominated television series, The Walking Dead, featuring survivors and their journey in a post-apocalyptic world.