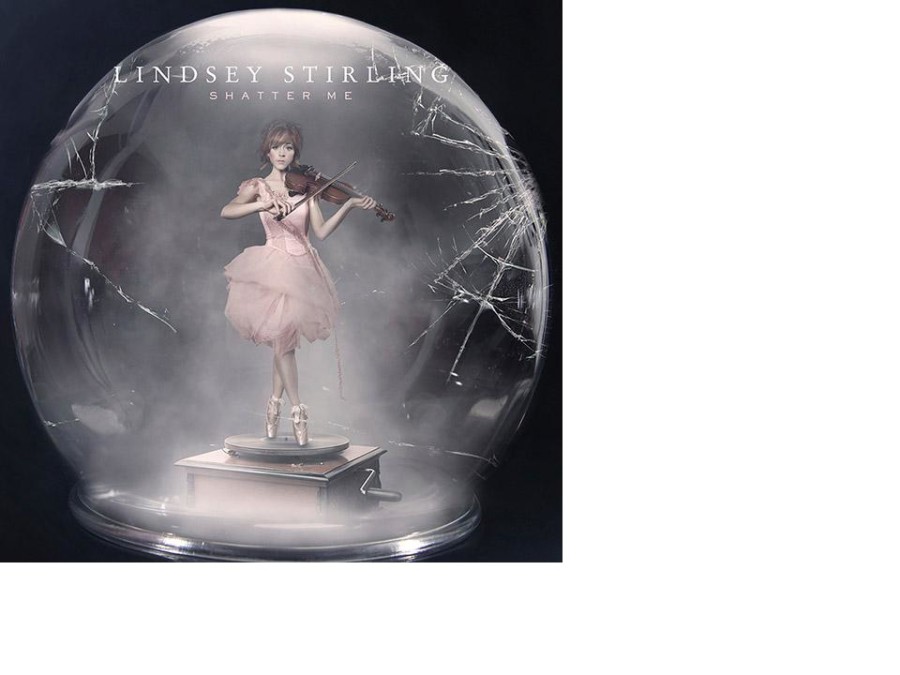 There are many different singers, bands, and dancers all over the world.  Each are unique with their own style and have a different sense in music.  One of the most famous musicians around, who not only plays the violin but can also dance gracefully at the same time, is Lindsey Stirling.

Lindsey Stirling started out as a contestant of “America’s Got Talent” in 2010.  Sadly, the judges didn’t think having a violinist was talented enough for the world and she was voted off at the quarterfinals. Did this bad mishap stop Lindsey from playing again? Definitely not. Lindsey believed it was the best thing that’s ever happened to her.  She thought it was reason to never giving up and rejection is part of it.  So Lindsey kept continuing her passion.

Lindsey’s songs have an amazing beat with a hint of pop dance.  The music video “Shatter Me” featuring Lzzy Hale of Halestorm looked very enchanting.  The graphics looked very realistic and Lindsey dressed as a ballerina, part of a wind up snow globe, looked spectacular.  There was something about the music video that grabbed people’s attention.  Hard to say if it was the song, Lzzy’s powerful singing voice, the magic of the scene, or Lindsey’s dancing and violin playing trying to break free from the globe. One thing for sure, Lindsey had a great time doing this video especially having Lzzy Hale be part of the experience as well.

Besides “Shatter Me”, there were a few other songs Lindsey made for her albums that are also cool.  “Stars Align” had an amazing beat with a music video that was out of this world, literally. “Zi-zi’s Journey” was fast, adventurous, and fun to dance to.  “Shadows” seemed mysterious yet intriguing with a music video showing Lindsey playing along with her shadow having a mind of it’s own.  One of the most rockin music videos Lindsey did was “Roundtable Rival”.  It had a western steampunk kind of theme with Lindsey going up against Durango Black (a western bandit) whose weapon is a guitar. There are so many songs and music videos Lindsey made, not all of them can be described.

When it comes to the music videos, Lindsey really knows how to dress in character.  On July 18th 2014, Lindsey partnered with the UE BOOM team to create a spontaneous live performance shot at The Americana at Brand in Glendale, California. The song she performed was “Master of Tides”. She was dressed like a pirate playing as a captain of her crew facing sirens, King Neptune, and a Kraken.  Lindsey wanted to do something different and decided to do a performance in California in a pirate theme that matched perfectly with her song.  Over millions of viewers watched her performance and seemed to enjoy it.  I would give this performance 5 stars as a job well done.

One of Lindsey’s music videos was based on/similar the video of “Thriller” by Michael Jackson.  On Lindsey’s music video playing “Moon Trance”, she walks to a graveyard dealing with zombies who know how to bust some moves.  Lindsey uses her skills on the violin to try to get out of this situation being eaten by zombies. “Moon Trance” sounded slow at the beginning while a hint of chills but caught some fast beats to dance to as it continues.  If Michael Jackson were here he would approve of this as a tribute to his music video.

What makes Lindsey a great violinist is that she never gives up.  If it wasn’t for her persistence of still playing the violin, she wouldn’t be here right now.  In case you’re are interested in seeing Lindsey live, come check her website to catch her performance.  One of lindsey’s other mentionable songs are “Swag”, “Take Flight”, “Heist”, “Eclipsed”, “V-Pop”, and “Sun Skip”.