The Fault in our Stars Book Review 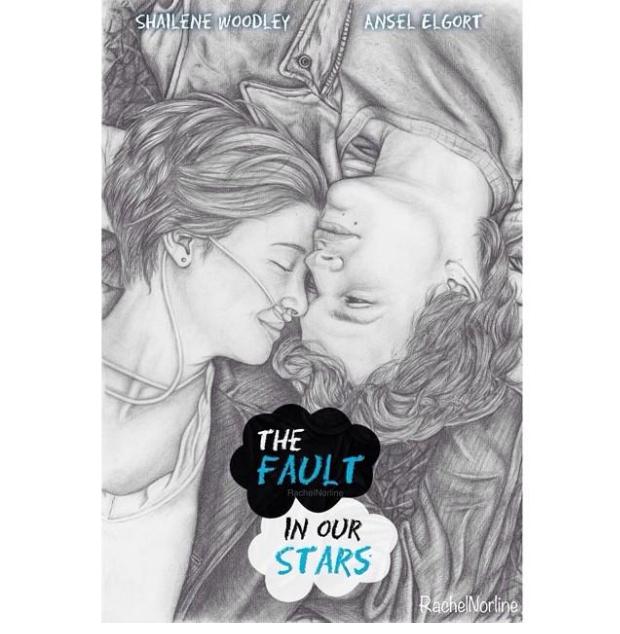 The Fault in Our Stars has been written by John Green in 2012. He wrote this book in the memory of Esther Grace Earl who was a 16 years old girl who had thyroid cancer. She died in August of 2010 and her family created the foundation “This Star Won’t Go Out” in her memory. She made videos on Youtube; she was also a writer and a collection of her writings was published on Jan. 28, 2014 This Star Won’t Go Out: The Life and Words of Esther Grace Earl. This book also contains photographs and essays by family and friends and an introduction by John Green who was a friend of Esther; he said in an interview that if he hasn’t known Esther, he never would have written The Fault in Our Stars.

Hazel Grace Lancaster a 16 years old girl with a terminal cancer of thyroid and metastases in her lung since she is 13. She go to a group for child with cancer because her mum want her to meet people. Here, she meet Isaac a boy with an eye cancer which who she talk by interpose sighs. One day, she met Augustus Waters a friend of Isaac who is here for supporting him. Gus is a 17 years old boy who loves metaphors and had an osteosarcoma cancer who took one of his leg.
They feel in love and start a beautiful, living, sad and infinite adventure. Even if some infinities are bigger than other infinities …

I really liked this book because even if the subject might seem sad, the story is full of happiness and humor. It’s really well written and the story is so attractive that I just couldn’t stop reading it, in two days I had finish the book. This book make you realize how lucky you are and even if you feel sad or something bad is happening to you it make you see that your life could be worst.

This book has been adapted in movie in August 2014 by Josh Boone, Hazel Grace is played by Shailene Woodley and Augustus Waters is played by Ansel Elgort. John Green passed a lot of times on the tournage
Book That You May Like