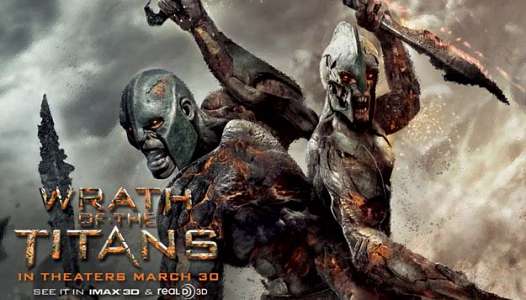 Wrath of the Titans is the follow up of the movie Clash of the Titans. If you enjoyed the clash, the wrath is even better.
After defeating the kraken, Perseus is offered the chance to become a god and take his rightful place by his father Zeus’s side up in the heavens. But Perseus refuses, wanting to stay a man and stay with the woman he loves. Zeus is not offended by this and promises Perseus the second chance, as well as his father’s attention when he is in need of help.
Wrath of the Titans begins with Perseus burying his wife after her death. His father appears and offers to take Perseus away to the heavens, but Perseus still refused; he can’t leave his son Helius. But the offer is not the only reason Zeus is visiting his son; the gods are losing power, people aren’t worshipping them like they used to. And the wall of Tartarus are falling apart because of the power loss, and within Tartarus lies Zeus’s father Kronos; and if Kronos escapes Tartarus, the human race will be destroyed. Zeus needs Perseus to help Poseidon, his brother Ares and himself to keep the walls from falling.
Once again, Perseus is pulled into a fight for life against his brother Ares and Hades who capture Zeus in order to free Kronos from Tartarus. Along the way he finds help in his cousin Argenor (Son of Poseidon), Queen Andromeda, and the man who made the weapons of the gods Hephaestus.
While this movie won’t be enjoyed by everyone, there are plenty of people who did. “Wrath of the Titans was an amazing movie; the effects were CRAZY good. The characters were amazing and the battle scenes were crazy.” Said sophomore Sara Smith. This movie is filled with action and Greek mythology; it is a great sequel to the Clash of the Titans movie (2010).